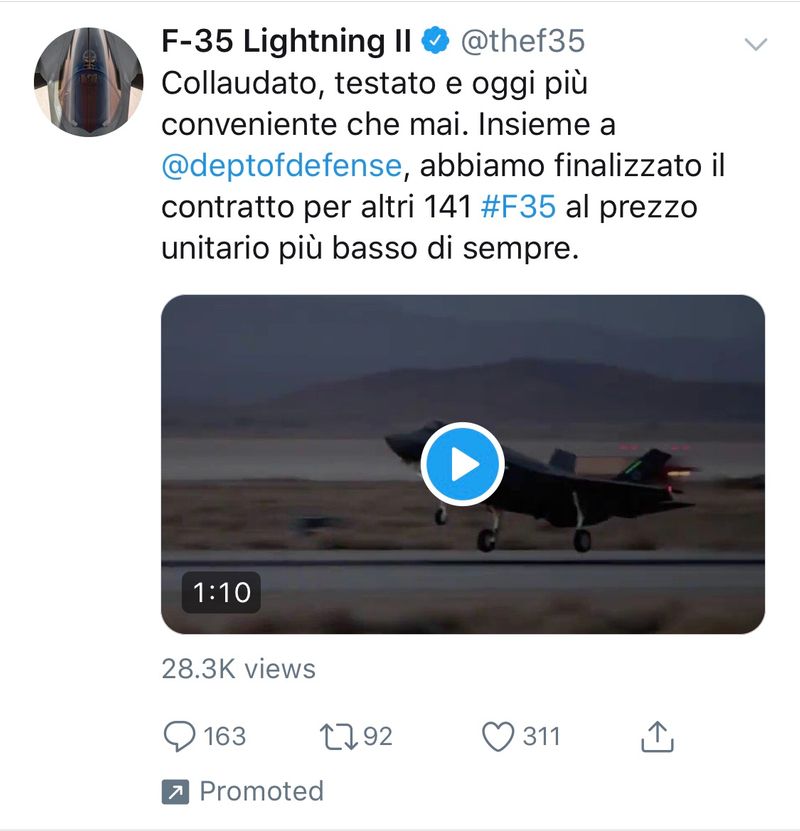 A Promoted tweet? What, are they trying to sell me fighter jets? 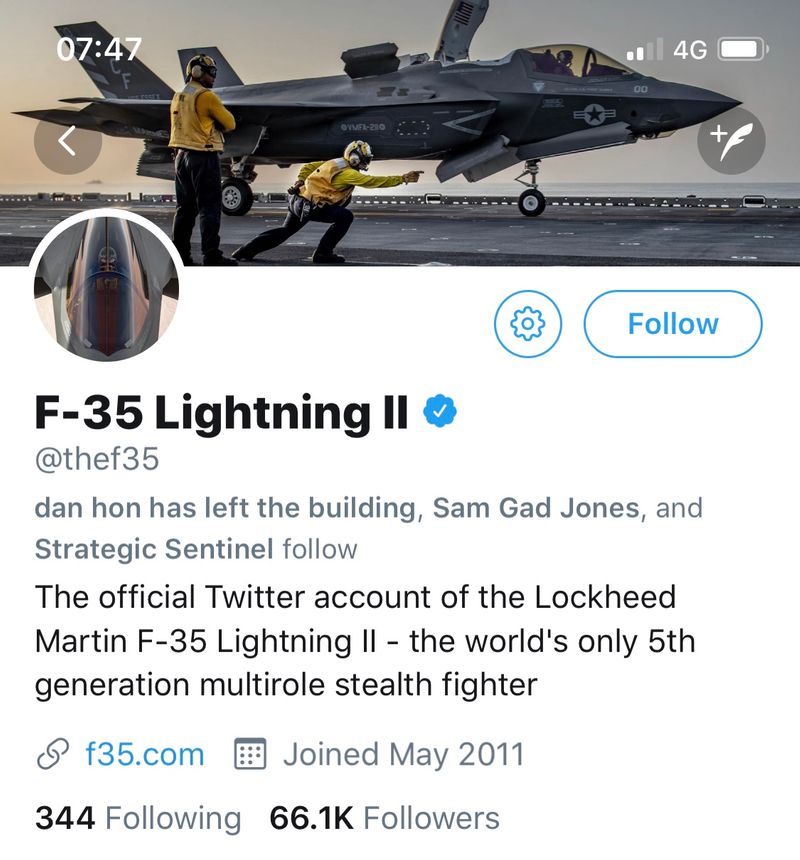 Anyway, I still don’t get why they are paying to show tweets to me. Fortunately Twitter lets you look into that, but it just raises more questions: 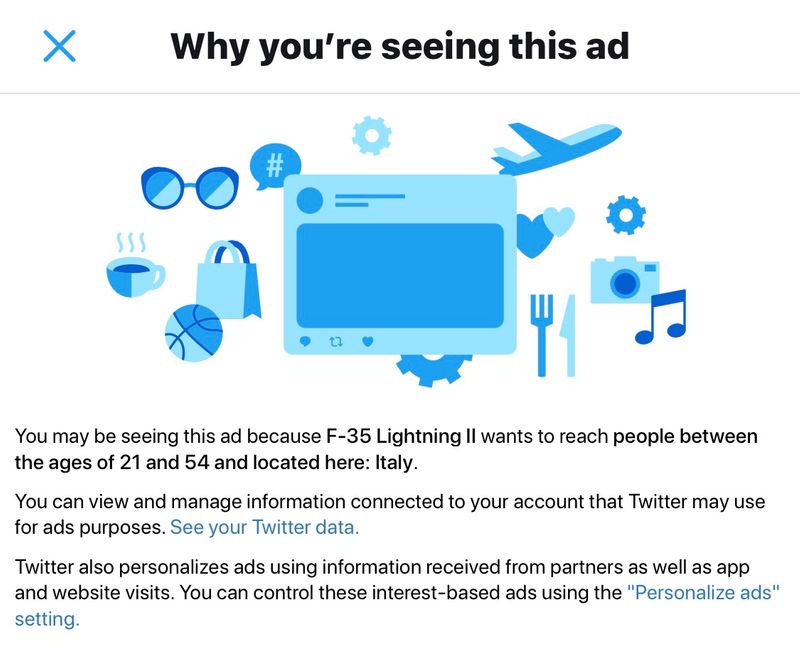 Why on Earth is Lockheed Martin trying to reach adults in Italy? This seems like a gross misuse of social media marketing. Or am I missing something?

A quick review of the status of the Big Three1 social networks as of right now. 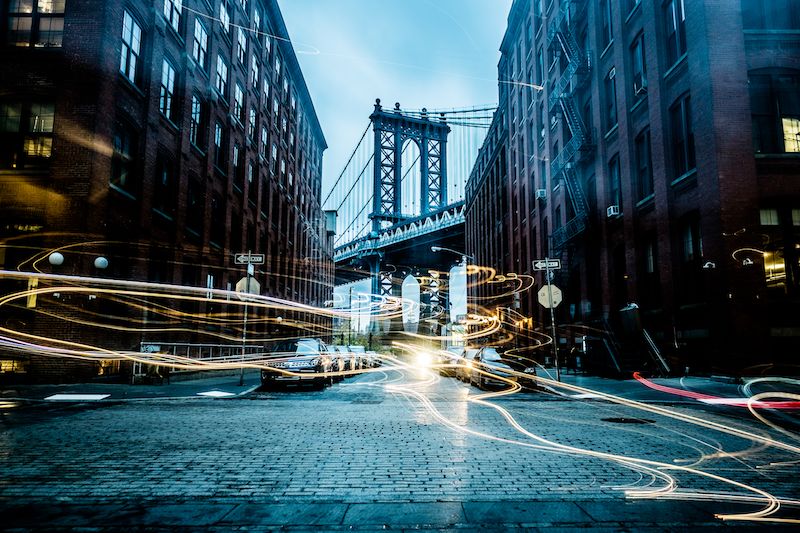 It seems Facebook is testing ads in Messenger now, which is an incredibly wrong-headed idea:

Messenger isn’t really a “free time" experience the way Facebook proper is — you use the former with purpose, the latter idly. Advertisements must cater to that, just like anywhere else in the world: you don’t see the same ads on subway walls (where you have to sit and stare) as on billboards (where you have two or three seconds max and your attention is elsewhere).

I always hated Messenger anyway, just out of reflex because they had felt the need to split it off into a separate app. In fact, I kept using Paper until Facebook finally broke it, in no small part because it kept everything together in one app. It also looked good, as opposed to the hot mess of FB’s default apps.

Between that and the “Moments" rubbish junking up the top of every one of the FB apps, I am actively discouraged from using them. At this point I pretty much only open FB if I have a notification from there.

Meanwhile, Twitter is continuing on its slow death spiral. It is finally becoming what it was always described as: a “micro-blogging" platform. People write 100-tweet threads instead of just one blog post, and this is so prevalent that there are tools out there that will go and assemble these threads in one place for ease of reading.

It’s got to the point that I read Twitter (and a ton of blogs via RSS, because I’m old-school that way), but most of my actual interaction these days is via LinkedIn. I even had a post go viral over there - 7000-odd views and more than a hundred likes, at time of writing.

So this is where we are, right now in July 2017: Twitter for ephemeral narcissism, Facebook for interacting with (or avoiding) the same people you deal with day to day, and LinkedIn for actually getting things done.

See you out there.

Photo by Osman Rana on Unsplash

Last week the Atlantic published a eulogy for Twitter, which of course was widely reshared via... Twitter.

Uhoh, This content has sprouted legs and trotted off.

Then the reactions started coming in. I think Slate is closest to getting it right:

Social networks connect people with one another. Those connections tend to be reciprocal. […]

Media platforms, by contrast, connect publishers with their public. Those connections tend not to be reciprocal.

I have some conversations on Twitter, but mainly I treat it as a publishing medium. I publish my content, and I follow others who publish there. The interactions on Twitter mainly replace what used to go on in various sites' comments.