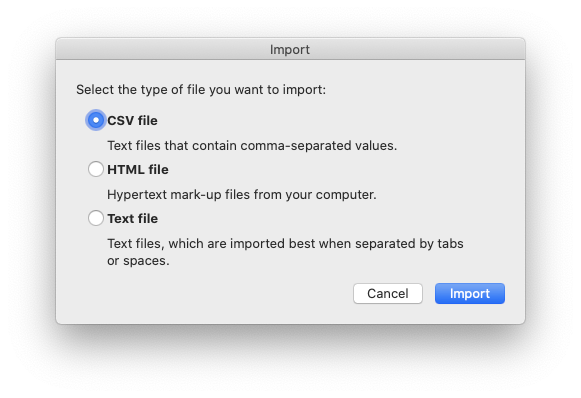 Today I had to join a call with Lync, or Skype for Business, or whatever it’s calling itself this week. As usual the process was unnecessarily painful.

In particular, this screen always trips me up: 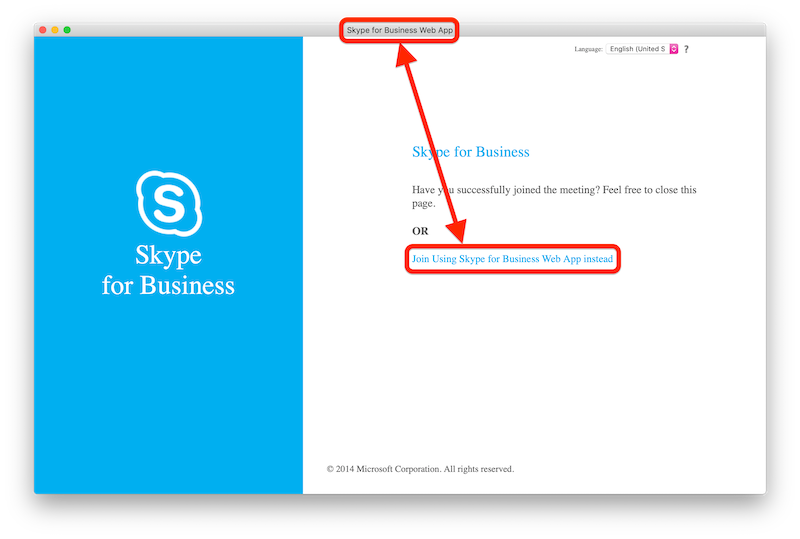 First of all, don’t ask me whether I joined successfully! You are supposed to tell me – or better yet, don’t tell me, just do it.

Hitting that link opens up a separate Skype for Business Web App window, in which I can actually join the meeting, only lightly dazed by the force of the facepalming I endured on the way there.

This is some quality Microsoft UI, along the lines of their famous "to shut down, use the Start menu" flow.

It's bad enough when this happens in Excel, but unforgivable in Outlook.

I have worked all my career in enterprise IT, either as a sysadmin, or for vendors of enterprise IT tools. There are many annoyances in big-company IT, but one of the most frustrating is when people miss key aspects of what makes corporate IT tick.

One area is the difference between a brand-new startup whose entire IT estate consists of a handful of bestickered MacBooks, and a decades-old corporation with the legacy IT that history brings. Case in point: Google is stealing away Microsoft’s future corporate customers. 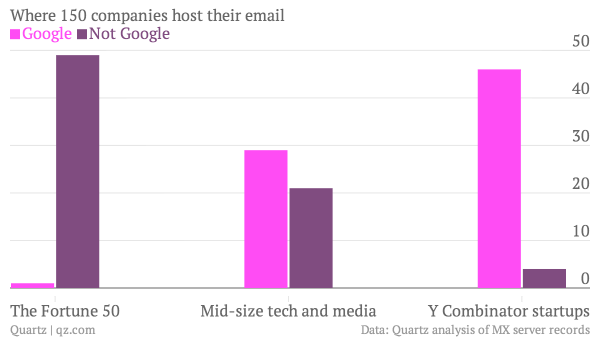 Basically, it turns out that - to absolutely nobody's surprise - startups overwhelmingly use Google's email services. Guess what? Running your own email server for just a few users is not a highly differentiating activity, so it makes sense to hand it off to Google. Big companies on the other hand have a legacy that means it makes sense to stick with what they have and know, which generally means Microsoft Exchange.

So far, so good. The key factor that is missing in this analysis is time. What happens when those startups grow to become mid-size companies or even join the Fortune 50 themselves? Do they stick with Google's relatively simple services, or do they need to transition at some point to an "enterprise" email solution?

It is now clear that Google does deep inspection of email contents. So far, this appears to be done for good: Paedophile snared as Google scans Gmail for images of child abuse. However, if I were in a business that competes with Google - and these days, that could be anything - I would feel distinctly uncomfortable about that.

There are also problems of corporate policy and compliance that apply to proper grown-up companies. At the simplest level, people often have their own personal Gmail accounts as well, and with Google's decision to use that login for all their services, there is enormous potential for bleed-over between the two domains. At a more complex level, certain types of data may be required to be stored in such a way that no third parties (such as Google) have access to them. Gmail would not work for that requirement either.

Simply put, startups have different needs from big established corporations. The impact of full-time IT staff on small startup is huge. The alternative of doing your own support doesn't work either, because every hour spent setting up, maintaining or troubleshooting IT infrastructure is an hour that you don't spend working on your actual product. For a big corporation with thousands of employees, on the other hand, it makes a lot of sense to dedicate a few to in-house IT support, especially if the alternatives include major fines or even seeing managers go to jail. The trend Quartz identified is interesting, but it's a snapshot of a point in time. What would be more interesting would be to see the trend as those companies grow and change from one category to another.

Corollary to this is that business IT is not consumer IT. Trying to mix the two is a recipe for disaster. Big B2B vendors end up looking very silly when they try to copy Apple, and journalists look just as silly when they fail to understand key facts about the differences between B2B and consumer IT, and between small-company IT and big-company IT.

Image by Philipp Henzler via Unsplash

So I’m running a little webinar next week (sorry, internal only). It was supposed to have attendance somewhere between ten and twenty people, but the topic is hot, and the invite got forwarded around - a lot. One of the biggest cheeses in the company is attending, or at least, his exec assistant accepted the invite.

On the one hand: yay! An opportunity to shine! Okay, I need to put a lot more thought into my slides and delivery, but this is a chance to put all those presentation techniques into practice.

On the other hand, this has given me an unwelcome insight into what a nightmare it is to run events with large numbers of attendees with “normal" software. Since I have completely lost track of who is attending, I want to at least get a feel for how many people will be in the audience. There doesn’t seem to be an obvious way of doing this in Outlook, so I started googling - and that is when I came across this gem:

If you are the meeting organizer and you want to include each attendee's response to your meeting request, click the Tracking tab, press ALT+PRINT SCREEN, and then paste the image into a Microsoft Office program file.

That is from Microsoft’s own official Office support site, not some random “This One Weird Old Trick Will Help You Get The Most Out Of Outlook". O tempora, o mores...