We are in the middle of an under-recognised moment of change in the way software is paid for and in what makes a software product successful or not. Let me lay out my reasoning for what this transition is, and what it will mean in the near future.

Once there was a market for software at all, the key to success was control of the distribution channels. This was the main chokepoint — or opportunity, depending on how you look at it — because most people accessed technology via their work, so controlling the corporate purchasing decision was crucial. Nobody was going to engage in BYOD, Shadow IT, or any of the other hobgoblins of command-and-control central IT departments in the days when you needed a forklift to bring your own device into the office, probably from a loading dock.

The situation most people are familiar with these days is one in which the terms of the relationship I described above have everted, with platforms people chose for themselves becoming adopted as corporate standards. The breakout moment was probably when people started buying their own iPhones instead of corporate-issue Blackberries, or maybe it was MacBooks instead of boring Dells. The best current example would be Slack, which gets adopted for free by small teams, or perhaps even experienced first as the platform for a side project, in the same way that people might have used IRC a couple of decades ago.

In this market, developers are the new kingmakers, not purchasing departments that mainly work to get the thing developers already chose on better terms. The key to success if you want to sell to the enterprise therefore is controlling the hearts and minds of those developers.

While people are still fighting over the details of the present (and to be sure, while pockets of the past still exist here and there), the wave of the future is already building. Here's the short version: democratisation of tech means line-of-business people can focus on the job to be done and route around developers who just want to play with the latest cool tech toys.

Some of the enabling technologies are out there already. Here are some signs and portents:

Another example would be Slack, a great success for the earlier model, but one whose inherent nature will prevent it from being successful in the same way in this future. The modular architecture that makes techies love Slack (the integrations! the bots! the custom emojis!) actually slows down the non-techies who just need to get their jobs done. By contrast, Teams' integrated platform largely gets out of the way and lets them get on with it. The techies mutter and complain about the insufficient quality of each of the constituent modules, but the integrated platform is rapidly winning the market. In the words of Aaron Levie of Box, "Salesforce is blowing past traditional departmental boundaries" and selling directly to new users within their existing customer organisations.

In other words, Slack tried to kill email, but ended up becoming email — and as I wrote back in 2016, email has a long head start and is just generally much better at being email:

most would-be email killers are walled gardens, consisting of a service that is tightly integrated with its client app and does not allow third-party clients. This makes it much harder for innovation to happen, because there is only one provider, and they deliver only the functionality that they want and can build. If you want a feature to be added to Slack, you can’t build your own Slack client; you have to petition Slack to do it, and they choose whether to implement that feature or not.

In the end, Slack, like email, became a feature. This is why the real benefit for Salesforce in its acquisition of Slack is consolidation and the end of modular, piecemeal acquisitions of SaaS products by companies.

This change is part of a natural pendulum process, from integration to modularisation and back, but with the points of integration and modularisation changing. What is differentiating can be a module that is valuable in its own right, but once it becomes table stakes, the conversation moves up a level to the integrated platform that module is a part of.

Developers should not feel bad about no longer being in charge; the benefit is that they are also no longer on call to fix those things when they break. There will always be a role for developers, but in the same way that there is more to choosing a car than its horsepower or efficiency, other considerations come into play for business users when they are selecting a tool for their everyday use.

The new role for IT is to remain a part of the process, studying and advising, but ultimately it's the users who decide — as it should be.

One of the biggest problems in data analysis is making sure that your inputs are clean and sane. This holds true whatever you are using to do the analysis, whether it’s the latest fancypants machine-learning, or a roomful of expert humans doing the calculations by hand.

I think it’s useful to keep this perspective in mind when considering Apple’s recent tie-up with Salesforce. 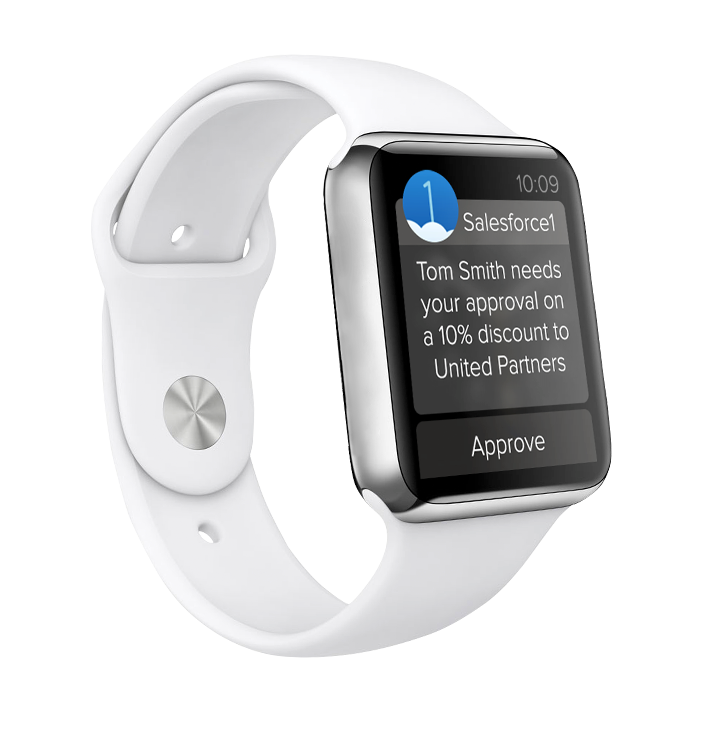 The first example given by Salesforce is this scenario:

Imagine a sales rep saying "Hey Siri, Daily Briefing" then hearing an overview of their day.

This scenario encapsulates the dream end-state of all of these integrated CRM systems. Normally, of course, the user requesting an overview is not the sales rep but a manager, whether the person responsible for a region who needs to know whether their team of sales reps is going to hit the regional number, or a higher manager preparing a presentation for the board and hoping very much that the key dashboards are all in the green.

The problem with such dashboards is the age-old one of Garbage In, Garbage Out. The predictions are only as good as the data they are based on. Unfortunately, the data are not always good, because by and large, sales reps – and I’ve known a few, good, bad, and indifferent – do not particularly enjoy documenting everything they do for someone else. That last clause is important; the good sales reps take a lot of notes and know all sorts of details about their accounts and territories, but the notes are for their own consumption, and the way they are taken and stored make them hard to access. Sometimes this is even by design, especially among “relationship" sales people who see their value mainly in terms of the thickness of their Rolodex1: “if you fire me, I’ll walk and take all my customers with me!". 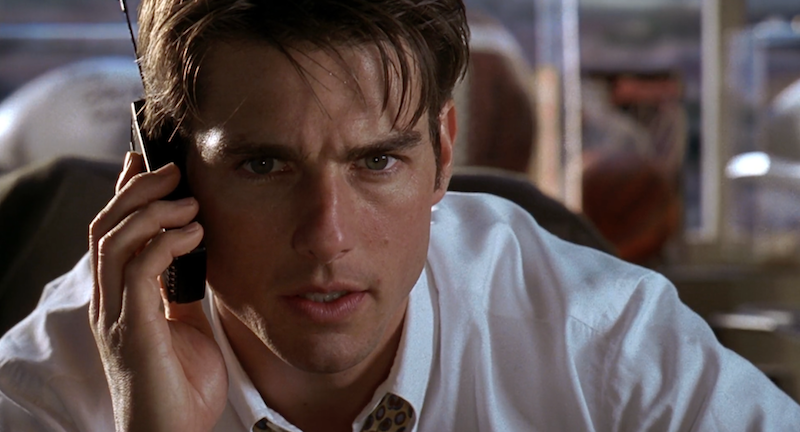 We all know how well that play worked out for Tom Cruise’s character in Jerry Maguire. Regardless, getting the input data is a very real problem. This is why I am much more interested in the second half of that example scenario from Salesforce:

They can also easily update Salesforce records after a meeting.

Updating opportunities is already pretty easy from the Salesforce mobile app, but sales managers and Sales Ops types have a tendency to over-complicate the process by adding supplementary required fields which must be filled in to save the simple text-based notes and contact info which are the most valuable parts of the process. Added friction in the data-entry stage leads to opportunity details being added in a rush at the end of the quarter, ret-conning against the ultimate outcome of the opportunity rather than documenting facts in near real time.

Adding support for other technologies on the input side has the potential to remove much of that friction. Siri would let reps have a good rant in the car on the way back from the meeting and transcribe all of that into the activity record. Location data would enter the correct office where a meeting was held. Integration with office suites and cloud storage could add the collateral used in a meeting to the opportunity. Each addition of intelligence on the input side would remove a small amount of friction from the opportunity management process, which in turn would help to ensure that the data which all the fancy analyses are based on are at least somewhat factual.

I have no doubt that most of the videos and presentations around the Apple-Salesforce joint technology developments will focus on showing magical Minority Report2 dashboards, updating in real time, and smiling managers happy with the results being displayed. However, if any of those whiz-bang dashboards are to have utility in the real world, it will be down to the input capabilities in the individual sales reps’ iPhone and Apple Watch, and the technology’s removal of as many excuses as possible not to update Salesforce records.