I finally got hold of my new Apple TV. The timing was not ideal, as it arrived on Monday - but I had left early on Monday morning for a week-long trip abroad, so I only got to set it up on Friday morning. I wasn’t exactly worried about spoilers, though, so I went ahead and read many of the early reaction reviews. My reaction was similar to what Michael Rockwell describes:

Reviews of the new Apple TV started showing up on Wednesday of last week with deliveries of the device starting to arrive on Friday. I wholeheartedly expected to see overwhelmingly positive reactions from reviewers and owners in my Twitter timeline. But what I saw instead was a barrage of complaints about what I'd consider to be relatively minuscule pain points about the experience. 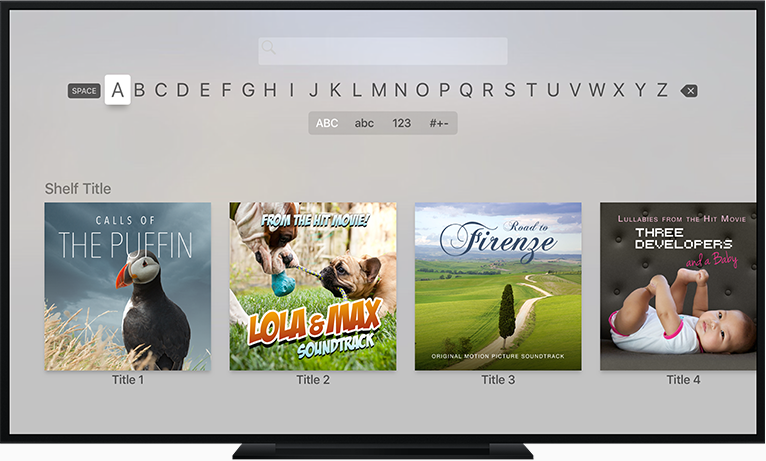 The complaints I have seen focus mainly on text input. The issue is that all the letters are on a single row, so you end up swiping left and right a lot to enter text. This is somewhat mitigated by the super-easy initial setup, where the Apple TV simply asks you to place your phone near it and picks up your Apple ID, wifi settings, and so on from the phone. Inexplicably, it made me enter my Apple ID password again to set up Home Sharing, though, and the input process was indeed mildly annoying. However, at least in password fields the numbers and punctuation marks appear on a second row, and you can go up and down between rows without having to scroll all the way to the end, so IMHO it’s no worse than any other on-screen text input method. Also, you don’t really enter a lot of text after the initial setup process, so the pain is pretty contained.

On the old Apple TV you could get around the pain by using the Remote app on iOS, which then let you use your iPhone, or even better, your iPad’s soft keyboard to enter text. Unfortunately, the Remote app has not yet been updated to support the new Apple TV.

My own complaint is different. No matter what I do, Siri remains stubbornly disabled.

This is some bullshit from Apple: Siri won't work on #AppleTV in Italy even if language & region are en-us or en-gb: https://t.co/rNo7e463Ay

It seems that Apple have only made Siri available on the Apple TV in certain countries. At time of writing, the list is as follows:

I gather that this limitation is because they want to train Siri to pronounce media titles and artists’ names correctly for each locale. However, the way they have implemented it is, as I stated in my hot reaction tweet above, bullshit1.

I spent some time attempting to fool the Apple TV into enabling Siri by setting language and region combos that were supported, disabling Location Services, and so on. Nothing I tried got past it - it seems to be going exclusively by the country of the iTunes Store account, so I can choose whether to have Siri or the Store, but not both.

Why can’t big companies understand that some people live in Region A, but want their media from Locale B? If I set everything up to be in en-GB, you don’t need to worry about Siri mangling anything, because it will be speaking the Queen’s English2.

Unfortunately Apple is not new to this particular brand of bullshit1. The iTunes Store forces users to register to the country where their credit card bills are sent. This means that all the catalogues, curated selections, promotional offers and whatnot are specific to that country. In my case, I consume most of my media - books, films, music, etc. - in English, and so the front page of the Italian iTunes Store is utterly useless to me. 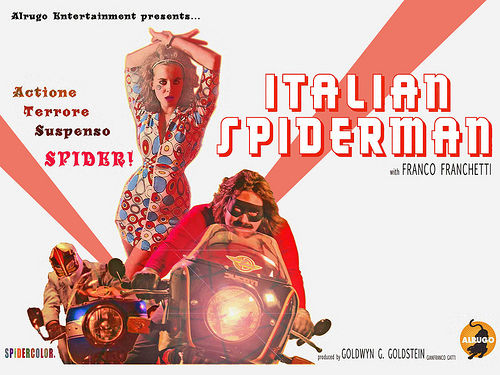 It gets worse, though. Sometimes something is not available to me for no apparent reason, even though it is in the UK or US iTunes Store, and available in Italy from other (legal) sources. There is of course never any explanation of why this might be. A few times I have asked writers if they could shed any light (thinking of ongoing international rights negotiations, that sort of thing), and none have yet had any answer - although all have been unfailingly polite and usually suggested alternatives.

The worst, though, is the subtle differences. Animation movies in general, and Pixar movies in particular, are often available in the iTunes Store with only one audio track, which is the Italian dub. If you buy the DVD you get the original English as well, but Apple in its wisdom will only sell you the dub - even though almost every other film in the Store has multiple audio tracks.

Just to be clear, this is not only Apple’s problem. Another recent offender is OpenTable. OpenTable does not operate in Italy, so reasonably enough, the app is not available in the Italian App Store. However, I spend a lot of time in regions where OpenTable is supported, and web apps on a phone are a faff, so I jumped the fence and got the app on my phone anyway. When I fired it up though, all it would do was to give me a snippy message about only being available in certain countries - despite the fact that I was standing in the middle of the capital city of one of those countries, within stone’s throw of a dozen restaurants that supported OpenTable.

I ended up eating at a restaurant that did not accept OpenTable, and enjoyed an excellent meal without their help.

Michael Rockwell is bullish about the software gremlins in the new Apple TV getting fixed soon:

I have high hopes, though. In a few short months, after Apple's shipped a software update or two, we'll no longer have quite as many criticisms to talk about. What we'll be left with is a well-crafted software platform that could revolutionize the way we think about our TVs, in much the same way the App Store has changed how we think about our telephone. As long as developers build incredible software and Apple continues to focus on improving the experience for users, this is going to be a big deal.

I wish I could be equally bullish about the bullshit1 regional policies being addressed equally soon, or indeed ever.