Obviously, I have not been blogging much lately. This is a good sign, inasmuch as the new gig is going well and keeping me ridiculously busy.

Another sign of the job going well and me being busy is that I have been spending a lot of time in aeroplanes lately. I have yet to beat my personal record of four flights in one day (LIN-CDG-CPH-CDG-LIN, since you ask) but I haven’t been idle either.

As you fly more, you start to notice and appreciate the little things: which airline has the better app, which airport is easiest to get around, and so on. European airlines (at least national carriers) still do decent on-board service too, which leads me to today’s observation.

I was on Lufthansa, and was served this beer: 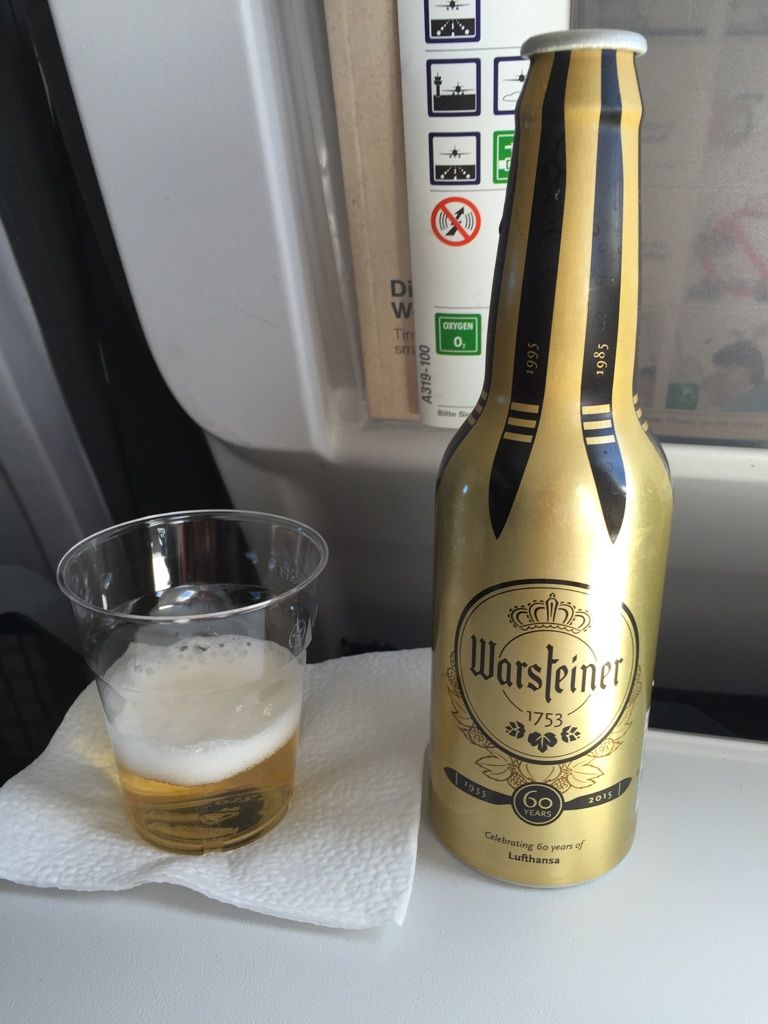 First off, it’s the perfect beer to serve: it’s a Warsteiner, so a good German beer on a German airline. I also like the aluminium bottle celebrating Lufthansa specifically. An aluminium bottle is clever for an airline, since the material is much lighter than glass, and I believe may also help extend the shelf life of the beer, while the bottle still seems more “premium" than a can.

Lufthansa is one of my two main airlines; the other is British Airways1, and the contrast in their beer policies is instructive. It’s certainly a missed opportunity when the cabin crew respond to a request for a beer with “Heineken or Tiger?". This hardly helps British beers’ reputation abroad…

It’s all the more puzzling since BA is quite happy to stock London Pride in their (excellent) lounges. Why not stock that on board, with one lager as an alternative for wrong-headed people who prefer that, instead of the indistinguishable choice between two non-British lagers?