It’s long been obvious that other phone1 manufacturers largely follow Apple’s lead. Phones used to look like all sorts of things, but now they all look like iPhones.

Some manufacturers of Android handsets at least make an effort to differentiate themselves, but most are pretty shameless, even copying advertising and packaging. However, most of the time they do at least go to the effort of tracing over Apple’s designs onto their own paper. Now Samsung has just given up, and submitted a patent application (for removable watch bands) which actually includes Apple’s own drawings of an Apple Watch! 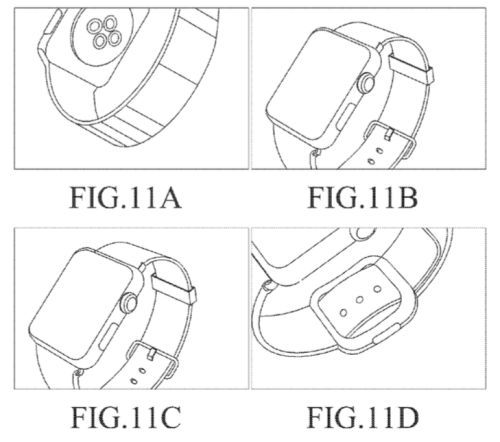 This sort of thing goes on all the time - seriously, there are entire blogs just dedicated to documenting instances of Samsung shamelessly copying Apple.

Things have finally got to the point that a group of eminent designers has filed an amicus curiae brief documenting and explaining the negative impacts of this practice.

Well done to them, and I hope it helps. I don’t wish Samsung any ill, but the Android world needs its own identity. By all means copy ideas from Apple - every desktop GUI around (and many that are dead) follow conventions first set by Apple in the original Lisa and Macintosh2. The execution of the idea needs to be original, though.

I’m not saying there need to be gimmicks; if that sort of thing were useful, we’d all be using Windows phones, with those Live Tiles and dockable apps. I just wish there were more recognition that Apple makes choices for reasons, and others may wish to make different choices for different reasons.