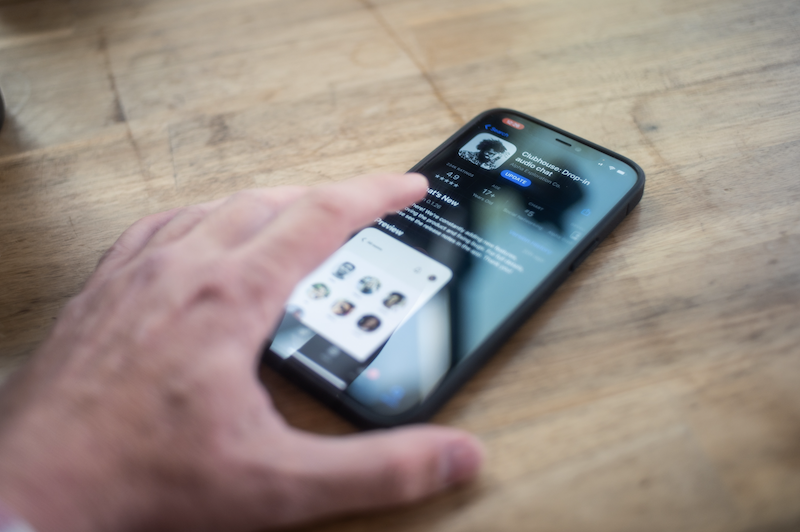 Everyone is talking about Clubhouse, and I just can't get excited about it.

Wait Clubhouse is literally just people talking? Like a giant phone call? Absolutely the fuck not

Part of the reason people are excited about Clubhouse is that everyone is always on the lookout for the next big thing. The problem is that the Next Big Things that actually catch on tend to be the ones that are fun and even look like toys at the beginning — TikTok, or Snapchat before it. A floating conference call full of California techbros bigging each other's jobs up? Honestly, I'd pay good money to get out of that.

Clubhouse is not like TikTok in some important ways — and I'm talking about more than just the average age of their respective user bases. TikTok's innovation is its algorithm, which means that TikTok does not rely on existing social networks. Clubhouse is the polar opposite, piggybacking on users' social networks — and even their actual contact lists. Yes, it does that thing everyone hates where it tells you that somebody whose contact info you'd forgotten you had is on the new app you just joined — and worse, it tells them too.

My phone every day is just

- Your worst acquaintance joined Telegram
- Your friend’s former roommate just signed up for Clubhouse! Free to welcome them in?
- Your landlord from 2016 is on Signal!

Is this the next thing after podcasts? After all, podcasts are very one-directional; there is no inline interaction. The way my own Roll for Enterprise podcast works is, we record an episode, we clean it up and put it out, and people download it and listen to it. If you want to comment on something we said, you can message us on Twitter or LinkedIn — or of course start up your own podcast, and correct the record there.

The biggest reason I'm not convinced by Clubhouse, though, is that there seems to be an assumption that most users are going to listen passively and in real time to what is effectively an unmoderated radio phone-in panel. I listen to a number of podcasts, but I listen on my own schedule. The whole point is the offline nature of the podcasting, which means they're waiting for me when I'm ready for them, not vice versa. When it's time to shave or wash the dishes, I have a library of new episodes I can listen to. I don't have to worry about whether my favourite podcasters are streaming live right now; I have the recording, nicely cleaned-up and edited for my listening pleasure.

The whole podcast model is that once it's recorded, it's done and unchangeable. Clubhouse is not that; in fact it's the opposite of that. It's not even possible to record Clubhouse rooms from inside the app (although apparently they do retain recordings for their own purposes). This is where the problems start. Because right now Clubhouse seems to be just Silicon Valley insiders talking to each other, about each other, in their own time, there is basically nobody else in the world outside the West Coast of the US that can join in. Evening in California is too late for even New York, let alone Europe.

Or is this going for the Pacific market? People in Tokyo or Sydney spending their lunch break listening to American after-work chatter?

I've been wrong about social networks before, so I'm not saying this thing doesn't have a future. I'm saying it definitely isn't for me. If you disagree, you should come on the Roll for Enterprise podcast and tell us all what we're missing.