Why does Apple hate wish lists so much?

The wish list is the main thing I miss since I fell out with Amazon and moved all of my media buying over to iTunes. Amazon not only has great management of its wish list, allowing you to sort it any way you like and highlighting deals, or sharing it with friends and family as suggestions; it also uses the contents of your wish list as inputs to its recommendation engine.

Over the decade or so that I used Amazon regularly, its recommendations grew to be uncannily accurate, alerting me to new books or albums that I might be interested in. The algorithm involved was clever enough to recommend not only new works by artists I had already bought from in the past, but also works by other artists I had not previously encountered. This was driven by their ability to identify that "other people who bought X also bought Y", based on their insight into all of our purchasing histories.

Of course this is a critical feature for Amazon, which explains why they spend so much time and effort on refining it. In fact, it was only when they messed with my wish list that I left in a huff.

I had continued to buy from Amazon’s UK site after leaving the UK, because with free shipping within the EU, it made no difference, while it allowed me to keep that all-important wish list history. A few years later, however, Amazon in their wisdom decided that many items would no longer be made available to ship outside the UK. Instead of simply tagging the items with a notice, they simply removed the items from users’ stored wish lists. In my case, this meant I lost nearly half of my wish list items.

I use wish lists as a way to spread out purchases or remind me of items that are due to come out in the future but that I am not committed enough to pre-order right away (or which may not yet be available to pre-order). Deleting half of my wish list in this high-handed way was enough for me to quit a triple-figure-per-month Amazon habit cold-turkey.

This coincided with the move to a new house, where even our existing media collections were overflowing the shelves once we had finished unpacking. The time was therefore ripe for a move to electronic content only, and given that I was cross with Amazon, Apple was the only real alternative.

It’s been a couple of years now, and I have not regretted it in any way. I adapted very quickly to reading on the iPad, and music and the occasional film are of course super-easy. There is only one glaring problem, and that is the utterly inconsistent handling of wish lists on the part of the Apple store apps. 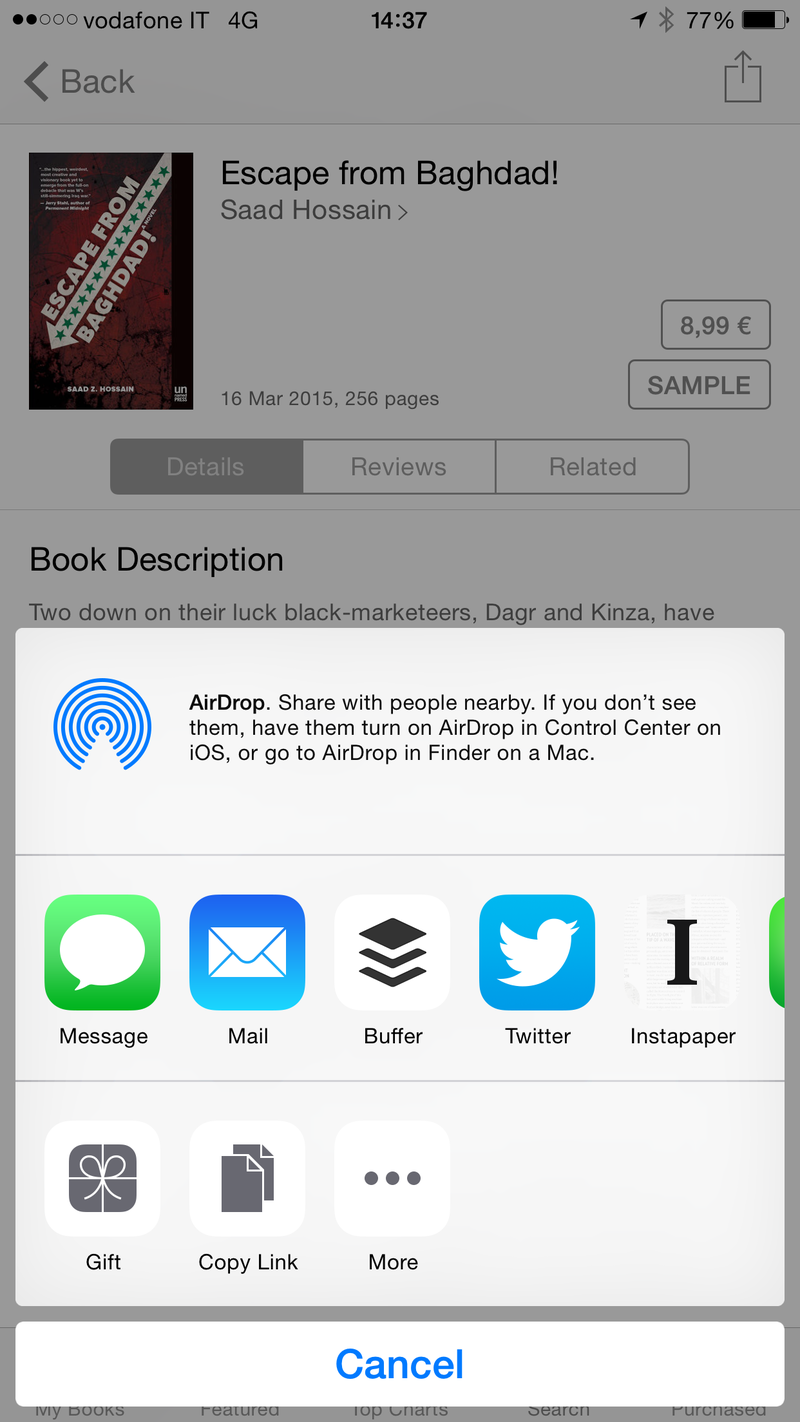 The fact that it’s plural “apps" is a bit of a problem in its own right, actually. I have a Music app to listen to music, that I buy in the iTunes Store app. That is where I also buy videos, that I then watch in the Videos app. But if I want to buy books, I have to do that in a special tab of the iBooks app.

Historically this makes sense - iBooks came along much later than the rest of iTunes. But why the weird inconsistencies in when I can add something to my iTunes/iBooks wish lists? iBooks on iOS won’t allow this, but iBooks on the Mac will. On the other hand, iTunes on the Mac won’t let me add an album to my wish list, but the iTunes Store app on iOS will. 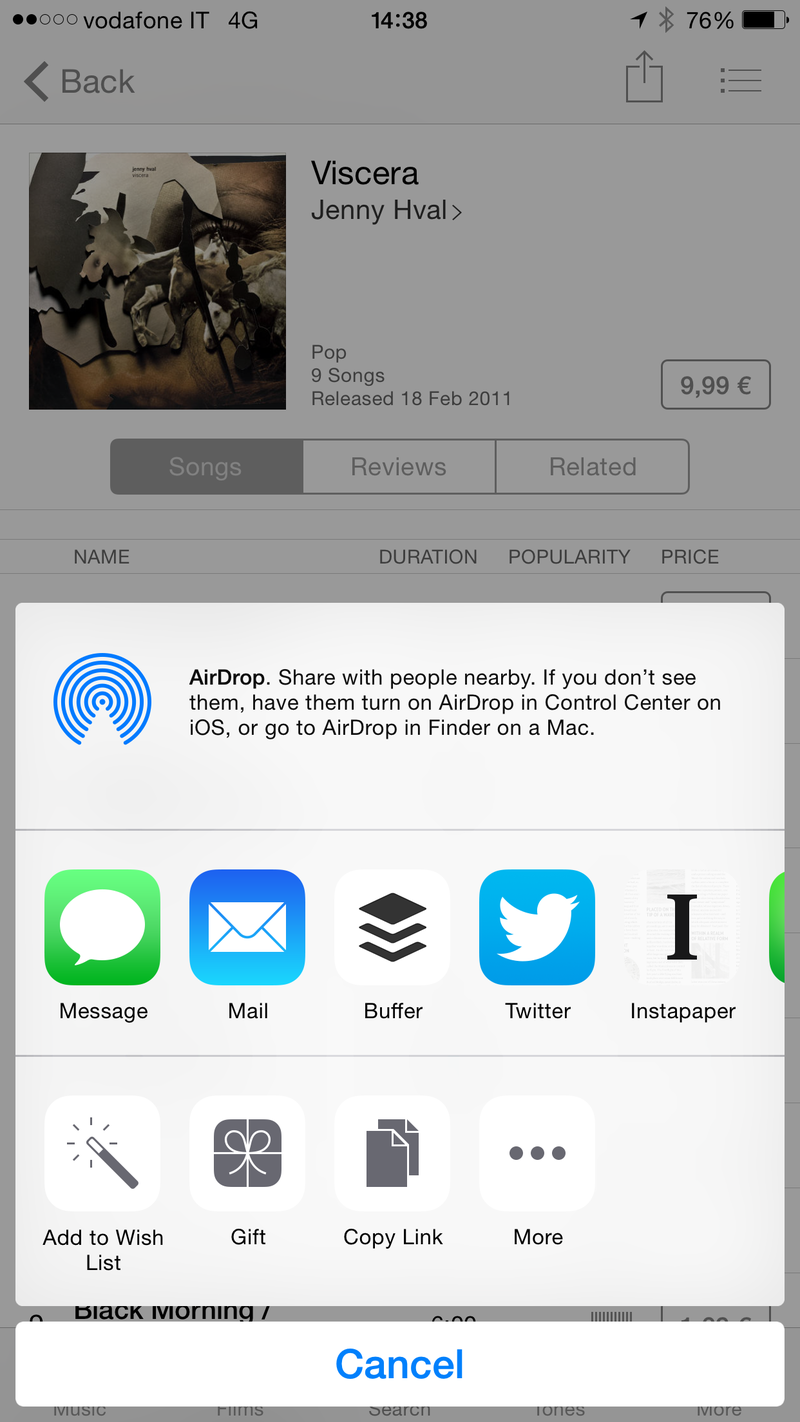 This is why I have a file in Notes with iTunes Store links to items that I wanted to add to my wish list, but couldn’t because I didn’t have access to the specific device that would let me do that at the time. 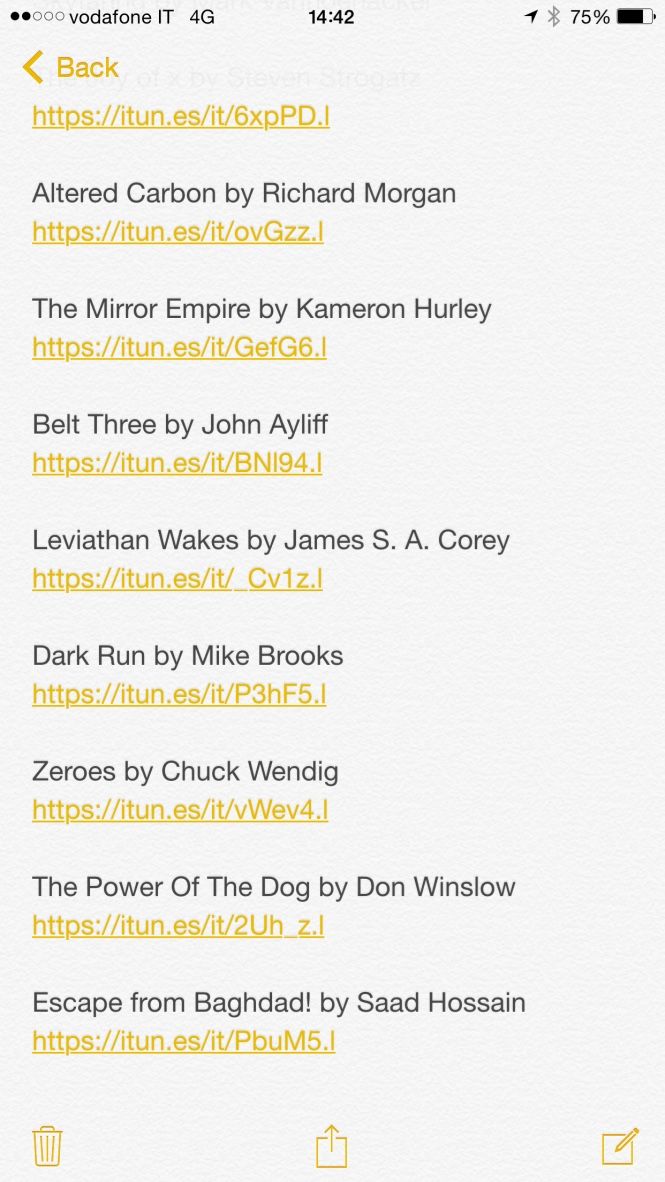 This is admittedly a pretty minor niggle in the grand scheme of things, but I think it’s philosophically important for Apple to fix this inconsistency. It lies right at the heart of the iTunes ecosystem, and creates an unexpected and annoying discrepancy between MacOS and iOS platforms, and even between different devices on iOS.