Cross-posted to my work blog

There's an old joke that in China, it's just food. The main thing that will happen in 2014 is that it will be just computing.

Cloud has gone mainstream. Nobody, whether start-up or enterprise, can afford to ignore cloud-based delivery options. In fact, in many places it's now the default, which can lead to its own problems. 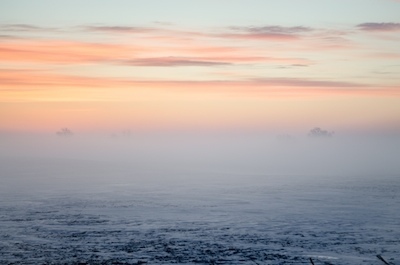 The biggest change in 2014 is the way in which IT is being turned inside out. Whereas before the rhythm of IT was set by operations teams, now the tempo comes from users, developers, and even outside customers. IT operations teams had always relied on being able to set their own agenda, making changes in their own time and drawing their own map of what is inside or outside the perimeter.

The new world of IT doesn't work like that. It's a bit like when modern cities burst their medieval walls, spreading into what had been fields under the walls. The old model of patrolling the walls, keeping the moat filled and closing the gates at night was no longer much use to defend the newly sprawling city.

New strategies were required to manage and defend this new sort of city, and new approaches are required for IT as well.

One of my first customer meetings of 2014 brought a new term: "polyglot management". This is what we used to call heterogeneous management, but I think calling it polyglot may be more descriptive. Each part of the managed infrastructure speaks its own language, and the management layer is able to speak each of those languages to communicate with the infrastructure.

That same customer meeting confirmed to me that the polyglot cloud is here to stay. The meeting was with a customer of many years's standing, a bank with a large mainframe footprint as well as distributed systems. The bank's IT team had always tried to consolidate and rationalise their infrastructure, limiting vendors and platforms, ideally to a single choice. Their initial approaches to cloud computing were based on this same model: pick one option and roll it out everywhere.

Over time and after discussions with both existing suppliers and potential new ones, the CTO realised that this approach would not work. The bank would still try to limit the number of platforms, but now they are thinking in terms of two to three core platforms, with the potential for short-term use of other platforms on a project basis.

When a team so committed to consolidation adopts the heterogeneous, polyglot vision, I think it's safe to say that it's a reality. They have come down from their walls and are moving around, talking to citizens/users and building a more flexible structure that can take them all into the future.

This is what is happening in 2014. Cloud is fading into the background because it’s everywhere. It's just... computing.

Image by Kelly Sikkema via Unsplash