Everyone is raving about a new app called Camo that lets you use your iPhone as a webcam for your computer. 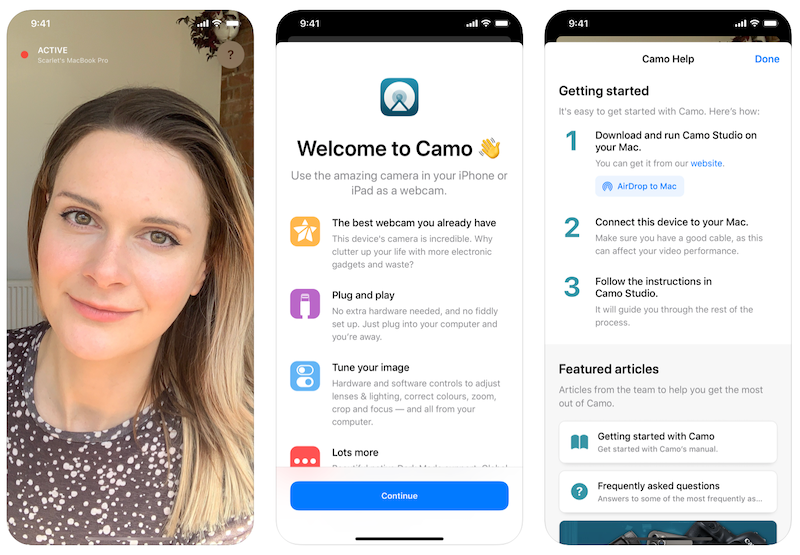 This is a great idea at first blush, since any recent iPhone has way better cameras than the webcam on any Mac you can buy. This is why webcams sold out in the early days of lockdown, when everyone was on Zoom all the time, realised just how bad the image quality was, and rushed out to buy better options. Serious streamers have of course long used full-on DSLRs as their webcams, but that’s a whole other level of expense — and the little dongles to connect those as webcams also sold out for ages.

Camo therefore seems like a really good idea, taking advantage of the great cameras in the phone that you already have. Unfortunately, it has a number of downsides in practice.

The big one is that it’s not wireless1; your iPhone will need to be connected to your Mac2 by a cable. If you have a (just plain) MacBook like SWMBO’s, with a single USB-C port, you’re already in trouble. Her non-Pro iPhone 11 came with a USB-A cable, so she would need to find her dongle, and then hope that she doesn’t need the single port for anything else. If she did have a USB-C cable, of course, she could choose between charging the laptop or connecting the phone — still not ideal. Newer models don’t have the single-port conundrum, but there are still plenty of MacBooks out there that only have one or two ports. 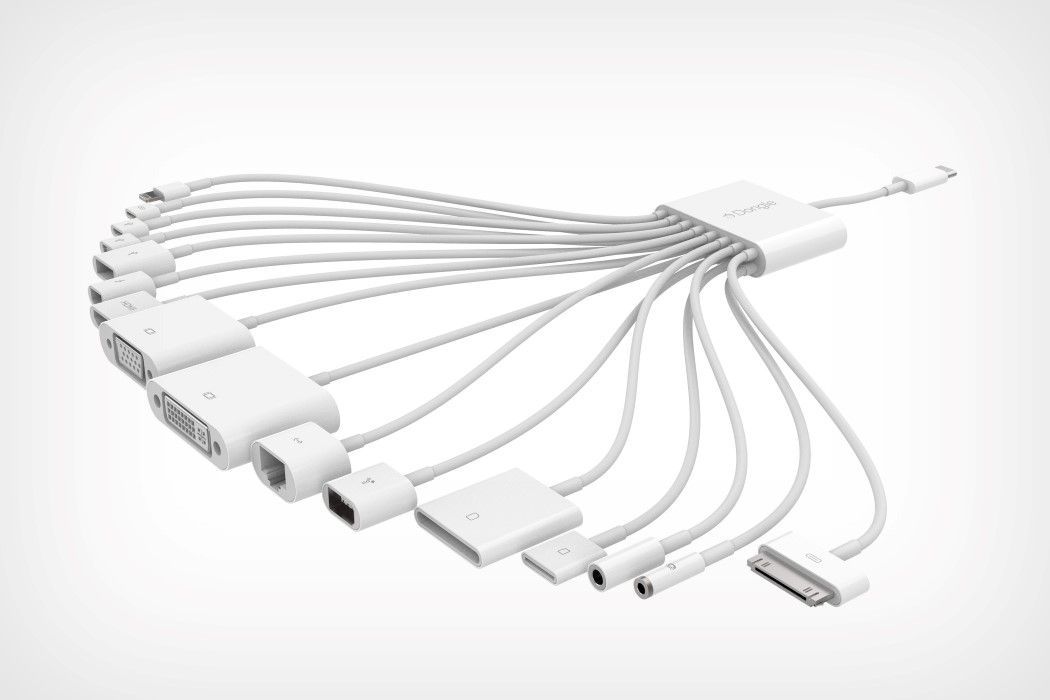 The other problem with the wired setup is that it means you can’t just prop your phone up and go; you’re going to need either a dock of some description with a connector already in place, or a stand or tripod to hold your phone. I had avoided buying one of these by getting a case with a kickstand built into it, but it’s not possible to connect a cable this way. I could of course put the phone in landscape mode, but that way the camera is far too low, giving viewers the full NostrilCam effect.

So okay, I can pick up a tripod of some sort from Amazon for not too much money — but speaking of money, here’s the big Achilles’ heel: while the free version of the app is fairly functional, upgrading to Pro costs €41.47. That’s nearly fifty bucks! Sure, I’d like to be able to use all my cameras; in free mode the app shows me the Wide 1x camera and the front selfie camera, but is it worth that much to use the Telephoto 2x or the Ultrawide 0.5x? Pro unlocks higher resolutions, and there are also a bunch of options to control focus, lighting, flash, zoom, and so on, which I would definitely have bought for a fiver or so — but not for this much. I already have a decent webcam at home (a Razer Kiyo), so I’d be using Camo only away from home, and I’d have to acquire and carry a separate piece of kit to do so.

I do wonder how many of this app’s target market are going to make the same evaluation as me. Most people who wanted a better webcam already bought one, which already limits the target market, and while many might be attracted to the simplicity of using their phone as a webcam, once the reality of what it takes to do that starts to sink in, I doubt many will pony up. The thirty-day refund does go some way to reduce the downsides, but at least for me it’s not enough.

I hate to be the person who quibbles at paying for software, but this is a lot for a very single-purpose app. I pay for other software I use — but a year’s subscription to Evernote costs about the same as this thing, and I get a lot more value from Evernote.