A big part of the promise of the "ride-sharing" companies was that they would reduce congestion by increasing utilisation of cars. Of course, this idea of vehicles in near-constant use for a sequence of rides was hardly a great innovation, being previously known as a taxi, but there you are. However, now it turns out that Uber et al might actually be increasing congestion: 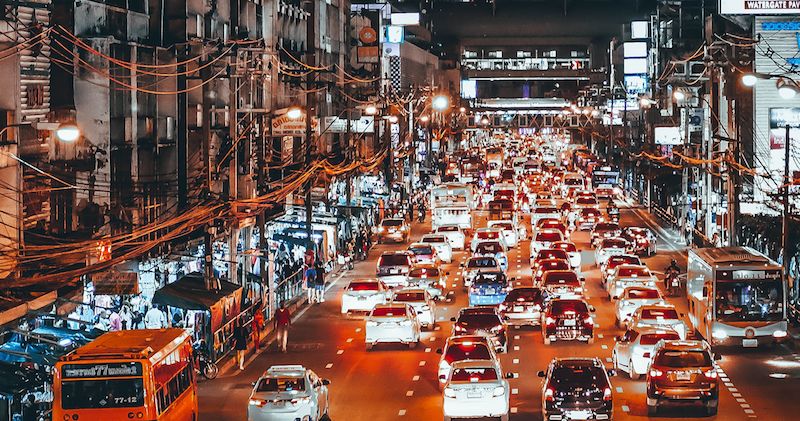 I am glad that at least the description for these services has switched from ride-sharing to ride-hailing. As I have written before, Uber is nothing to do with sharing:

It is of a part with other examples of "sharing economy" (scare quotes very much intended). Very little of Airbnb is people renting out their spare rooms; much of it is people renting out stables of properties, purchased for the explicit purpose of renting them out through Airbnb. There are even companies like Airsorted that will take care of the whole process, letting landlords sit back and take in the proceeds - while conveniently forgetting to pay taxes on their earnings.
This is not "sharing" economy; these are fully professionalised marketplaces. The real sharing economy equivalents are BlaBlaCar or Couchsurfing. These offerings really do enable non-professionals to share something.

The article is fairly reasonable and balanced, if hardly ground-breaking. CityLab has been covering Uber’s unsustainable impact on traffic for a while now.

What I found really disingenuous was the last paragraph of the AP piece:

At least one study did not pin increased congestion on hailing services. Seattle-based firm Inrix scoured data from 2012 to 2015 in London and found the number of passenger vehicles, including Uber cars, remained the same or even dipped slightly. Reasons for increased congestion included a surge in road construction and delivery trucks dropping off online purchases.

This misses the point entirely. The whole premise according to which Uber et al were going to reduce congestion was that, by increasing utilisation (trips per vehicle), they would reduce the number of cars needed for those trips, and therefore the need for parking spaces and so on and so forth. If the number of vehicles remains the same, but utilisation is way up (Uber drivers gotta eat!), congestion will certainly increase!

It’s the same effect as those online purchases being delivered: instead of being chunked into a small number of large deliveries to shops, all those packages are being dropped off one by one at people’s homes, and probably by different delivery companies too. It’s more convenient for shoppers, sure – but it is not more efficient.

Anyway, I have to wrap this up and go get on the Metro, which is still the best way to get around.

Found metro tickets for four cities three countries in the pockets of this jacket. When it’s available, it’s almost always the best way to get around, out of the weather and the traffic. 🚇 🚊 #travel

Image by Hanny Naibaho via Unsplash