Since I just renewed the insurance on the ridiculous thing, I thought it an appropriate time to look back on a year with a very silly car.

A year ago I had just quit my job. The old job was one of the few that still came with a company car, so I had to get myself a new car quickly to be able to drive to the airport for the new gig. Luckily I’m a car nut, so I had a short list ready to deploy. (As it happens, I have a short list for every occasion…)

I ran the short list past my wife, AKA the sensible person in my house, and she immediately nixed all but one of the options. So that was easy.

So what did you get?

I got myself a Porsche Cayenne (955) Turbo S. No, the new job was not as a bank robber! I found a lightly used one that was eight years old by the time I got it, and despite the low mileage and generally excellent condition, it cost about the same as my wife’s new mid-spec Golf. Still an extremely silly car, but not entirely idiotic.

Let's review some of the relevant stats (emphasis mine):

Beyond a certain point, I think car manufacturers should just do like Rolls-Royce and simply declare horsepower to be "adequate". 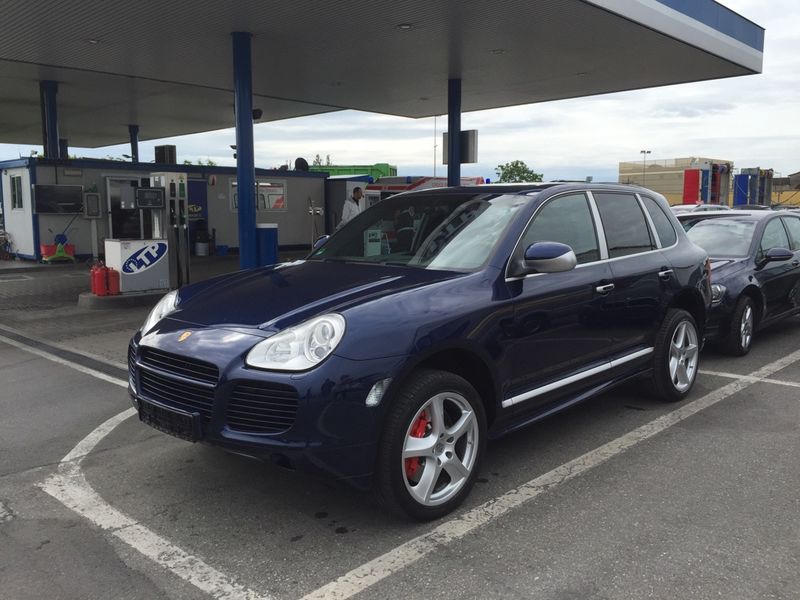 Since I bought it I’ve put 30k on it with zero maintenance issues so far, apart from a single burned-out light bulb (touch wood). Sure, it drinks like a drunken sailor with a drinking problem who’s really thirsty and also isn’t paying for his own drinks, and likes to wash its drink down with the occasional drop of oil too - but every time I put my foot down I forgive it. Basically it’s the cheapest way I could find to drive something fun that could haul the kids and all their clobber. It also very definitely has presence - looming suddenly into someone’s rear view mirror generally causes them to jump out of the way pretty promptly, and if they don’t move over, the xenons are probably bright enough to give them sunburn.

It’s surprisingly capable in the twisty stuff, unless the going gets really tight. It’s definitely better than it has any right to be, especially with the air suspension dropped a notch and set to Sport mode. I have had the tyres chirping a few times on late night drives - the rear tyres, note. Even though it can feel like it’s reluctant to get its nose into the corner, you can drive around that and find a surprising level of agility. Okay, it’s no Caterham, but compared to other big SUVs I’ve driven, it’s night and day. "Worst Porsche, best SUV", as the saying goes.

Straight-line speed is, predictably, ridiculous, being apparently unrestrained by mere laws of physics, but only by the driver's desire to hang onto their license. Amazingly, I have so far managed to avoid speeding tickets too. Probably jinxed myself on both counts (that and maintenance) now!

I will say that having this much power under my right foot has paradoxically made me a more relaxed driver. Knowing that I can at any moment summon the thunder and disappear into the distance in a cloud of dust means I don't feel the urge to floor it at every possible opportunity, and am more likely to view aggressive drivers' antics with amused condescension than as any sort of challenge.

The Tiptronic S transmission is… fine. In automatic mode it shuffles ratios fairly competently, although it has the usual failing of automatics, where it is always either trying to hang onto a gear too long, or dropping two cogs at once. The former isn’t that big a problem with this much torque, just giving you a moment to enjoy the feeling of the building boooOOOOST, but the latter can leave you with a double-handful of unwanted revs and sudden acceleration. Fortunately there are steering-wheel-mounted buttons to control matters. Even one year in, I still find it odd that there is a + and a - control on each side of the wheel, rather than one side being + and the other being -. To avoid confusing myself, I tend to use each side for only one purpose. I don’t think I’ve ever shifted with the gear lever - not least because you can still use the Tiptronic controls while remaining in automatic mode. This will let you drop a gear or two for an overtake or a tight corner, and then revert to slushmatic mode a few seconds later - very convenient.

Being a Turbo S, the thing comes with front and rear locking diffs and a low-range gear box, so it’s probably more capable off road than I am. The worst terrain I need to deal with is the occasional dirt road, though, so I haven’t actually used those features yet beyond checking that they worked. I did overtake the snow plough driving up an Alpine pass one night, but that was enabled more by good winter tyres than any special drivetrain mode.

Surely it can’t be all good, right?

If you want a real-world picture of the downsides, I’ll just say that I’m now on first-name terms with the staff at my usual petrol station… The Beast (as it is nicknamed for obvious reasons) is picky about its fuel, too, preferring to drink the 98-octane-plus top-shelf stuff, which is only available at two locations that are convenient to me.

Also, even though I bought the thing on the right side of the depreciation curve (seriously, I paid something like one-sixth of the original list price), parts are still Porsche parts, with a price tag to suit. I had to fit new front brake disks, and each one ran over €900! I was actually braced to replace all four, since you don’t want to skimp on brakes, especially on something that big, fast, and heavy. However my local Porsche dealer was scrupulously honest, and after I had already approved replacing both fronts and rears, they called me up and told me the rears were good for another year or so. After that one, they’ve got themselves a customer for life.

Tyre prices are equally terrifying, but when you see the sheer acreage of rubber (245/40/20) next to more normal tyres, you begin to understand why - plus of course you need compounds rated for the speeds and loads the Beast puts on them. Once they’re on, they seem to last well enough; the new winter set that just came off looked nicely healthy and evenly worn, and still had plenty of tread left.

On the plus side of that equation, Porsche ownership gets you invited to Porsche events - so last weekend found me haring around the Circuito Tazio Nuvolari in the new 718 Boxster S, before hitting the handling track in the new 911 C4S (the one with the rear-wheel steering - very nice). 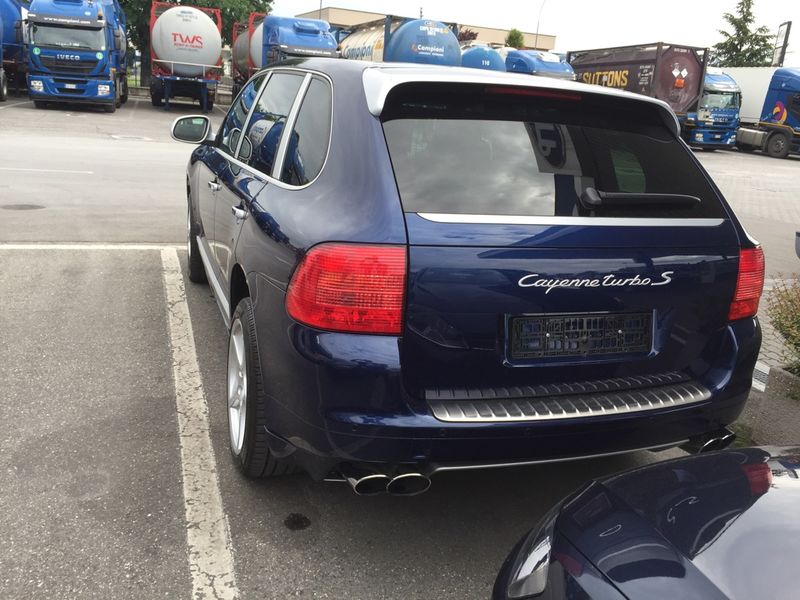 What would you change

I already changed the one thing that really bugged me, which was the in-car entertainment system. The Beast came with PCM 2.1, and that is really quite dated, with no Bluetooth, USB, or even aux-in - basically no way whatsoever of talking to the outside world. The novelty factor of the curly-cord handset in the armrest was cute, and I was able to get a second SIM card for my mobile number to put in the car, so I ran it like that for a while. However, after a few months I had had enough of having to swap out CDs in the six-disc changer in the back, not being able to listen to podcasts, and having nearly decade-old maps in the satnav.

I replaced the original ICE system with an Alpine head unit with CarPlay1, so now I just plug my iPhone into the armrest where that phone handset used to go, and I have all my music, podcasts, and maps on the screen in the dashboard. There’s even a dedicated Siri button, so the Son&Heir can tell her to "play some Ramones" as soon as he gets in the car. I had to get an additional amp to feed the (very nice) Bose system that the car came with, but I am very happy with the results.

The only other thing I am tempted to change is the exhaust. There’s a lovely burble when starting the engine from cold, but unless you’re really hoofing it, it’s pretty subtle on the move. (Tunnels are great fun, though!) I would quite like to hear more of the engine’s voice, but I can’t really justify the four-figure cost, especially for something that would probably make my wife’s eyes roll right back into her head.

There is absolutely no call for chipping it, what with the amount of power it’s throwing about already. I love the looks just as they are, and the 20" Porsche OEM wheels are perfect too, so I think it will stay stock apart from the PCM swap.

Now tell us what you really think

Bottom line, I love the thing to bits, even though it has probably spoiled me for any other car that does not have heated electric everything and all the POWERRRR in the world. Buy with care, and you can have a lot of fun with one of these things.