Mark Gurman has had many scoops in his time covering Apple, and they have led him to a perch at Bloomberg that includes a weekly opinion column. This week's column is about how Apple is losing the home, and it struck a chord with me for a few reasons.

First of all, we have to get one thing out of the way. There is a long and inglorious history of pundits crying that Apple must make some particular device or risk ultimate doom. I mean, Apple must be just livid at missing out on that attractive netbook market, right? Oh right, no, that whole market went away, and Apple is doing just fine selling MacBook Airs and iPads.

That said, the reason this particular issue struck home is that I have been trying to get stuff done around the house, and really felt the absence of what feel like some obvious gap-filling devices from Apple. As long as we are spending Tim Cook's money, here are some suggestions of my own — and no, there are no U2 albums on this list! 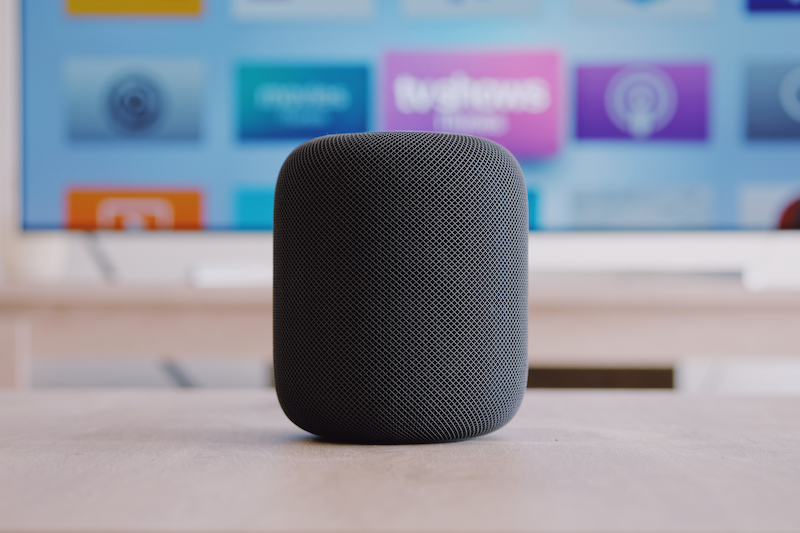 Can You See Me Now?

FaceTime is amazing, it is by far the most pleasant video-chat software to use. Adding Center Stage on the iPad Pro makes it even better. It has the potential to be a game-changer for group calls — not the Zoom calls where each person is in their own box, but calls where several people are in one place, trying to talk to several people in another place. Examples are families with the kids lined up on the couch, or trying to play board or card games with distant friends. What I really want in those situations is a TV-size screen, but the Apple TV doesn't support any sort of camera. Yes, you can sort of fudge it by mirroring the screen of a smaller device onto the TV via AirPlay, but it's a mess and still doesn't work right. In particular, your eye is still drawn to the motion on the smaller screen, plus you have to find a perch for the smaller device somewhere close enough to the TV that you are "looking at" the people on the other end.

What I want is a good camera, at least HD if not 4k, that can perch somewhere around the TV screen and talk to the AppleTV directly so that we can do a FaceTime call from the biggest screen in the house. Ideally, this device would also support Center Stage so that it could focus in on the speaker. In reverse, the AppleTV should be able to use positional audio to make the voice of speakers on the far end come from the right place in your sound stage.

Can You Hear Me?

This leads me to the next question: I have dropped increasingly less subtle hints about getting a Home Pod Mini for Christmas, but if people decide against that (some people just don't like buying technology as a gift), I will probably buy at least one for myself. However, the existence of a Home Pod Mini implies the existence of Home Pod Regular and perhaps even a Home Pod Pro — but since the killing of the original-no-qualifiers Home Pod, the Mini is the only product in its family. Big speakers are one of those things that are worth spending money on in my opinion, but Apple simply does not want to take my money in this regard. Maybe they have one in the pipeline for 2022 and I will regret buying the Mini, but right now I can only talk about what's in the current line-up.

Me, I Disconnect From You

This lack of interest in speakers intersects with the same disinterest when it comes to wifi. I loved my old AirPort base station, and the only reason I retired it is that I wanted a mesh network that had some more sophisticated management options. If we are going to put wifi-connected smart speakers all over our homes, why not make them also act as repeaters of that same wifi signal? And they should also work as AirPlay receivers for external, passive speakers, for people who already have good speakers and just want them to be smart.

These additions to Apple's line-up would do a lot more to help Apple "win the home" than Mark Gurman's suggestion of a big static iPad that lives in the kitchen. Apart from the cost of such a thing, it would also require Apple to think much more seriously about multi-user capabilities than they ever have with i(Pad)OS, so that the screen recognises me and shows me my reminders, not my wife's.

Something Apple could do today in the multi-user space is to improve CarPlay. My iPhone remembers where I parked my car and puts a pin in the map. This is actually useful, because (especially these days) I drive my car infrequently enough that I often genuinely do have to think for a moment about where I left it. Sometimes though I drive my wife's car, and then it helpfully updates that "parked car" pin, over-writing the location where I parked my car with the last location of my wife's car — which is generally the garage under the building we live in… The iPhone knows that they are two different cars and lets me maintain car-specific preferences; it just doesn't track them separately in Maps. As long as we are wishing, it would be even better if, when my wife drives her car and leaves it somewhere, if the pin could update in my phone too, since we are all members of the same iCloud Family.

This would be a first step to a better understanding of families and other units of multiple people who share (some) devices, and the sorts of features that they require.