SF authors have a lot to answer for. While they are popularly assumed to predict the future, most will be quick to disclaim any Nostradamus tendencies. Instead, they are trying to tell a story, and the setting is only a part of that effort. The problems arise when people read the story, fall in love with the setting — and decide to enact it in real life.

I’m as guilty as any other nerd, with my unmarked keyboard meant to evoke Case’s deck in Neuromancer that always got him into trouble at customs. I also have an Ono-Sendai sticker on my MacBook, just to complete the look. That sort of thing is mostly harmless. What about the people who read Snow Crash1 and decided to build the Metaverse, though? They read passages like this and think to themselves: "whoa, cool, I gotta build that":

He is not seeing real people, of course. This is all a part of the moving illustration drawn by his computer according to specifications coming down the fiber-optic cable. The people are pieces of software called avatars. They are the audiovisual bodies that people use to communicate with each other in the Metaverse. 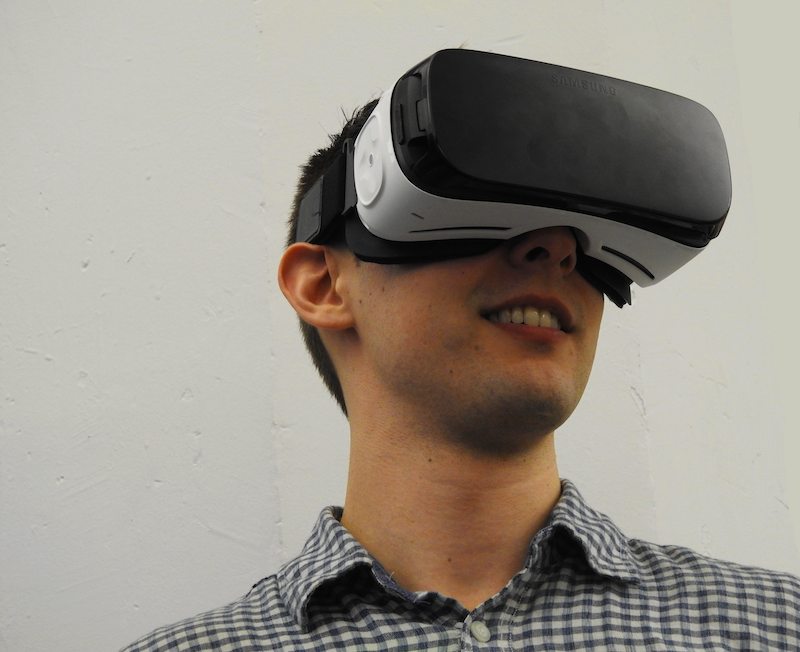 And so they went and built those things. This is literally the origin story for a lot of the tech we have today, from the iPhone as Star Trek communicator on down. When it comes to VR, you might expect that now of all times, with nobody able to go to the office, VR would be having its moment. But it isn’t, at all.

Sure, there are hopefuls like Spatial, sometimes described breathlessly as "the Zoom of VR" — but it relies on the Oculus Quest hardware, which is hardly universal, or Magic Leap, which may never be seen at all. I tried it on the web and it’s buggy right in the signup experience, definitely not something I would introduce to colleagues, let alone clients.

Maybe when Apple brings out its AR headset we’ll have a platform worthy of the name, but right now VR just isn’t there. I’m a techie, an early adopter, and if you can’t sell me on VR when a) I can’t leave the house and b) there’s a new Halflife game which requires VR, I think it’s safe to say it’s a small niche and going to stay that way.

I’ve been fully remote for a long time, but most people, even among those who had the choice, preferred to go into offices. Now we are all forced into the WFH life, but it’s awkward. Too many Zooms, too few, how much communication is needed or wanted, what needs to be synchronous and what can go async via Slack — and how do we manage all of that when many of us are also juggling other responsibilities? The home schooling, oh God the home schooling. Give teachers raises yesterday, they earned them.

Part of the stress of WFH is communication, and the pitch of meeting in VR is to approximate the experience of a real meeting better than just a grid of people’s heads on screen. It turns out, though, that experience is sufficient for most purposes. People are using Zoom for karaoke, cocktails (quarantini, anyone?), weddings, graduations, and just about anything else.

So Where Did VR Get Lost?

Even with the head start of everyone stuck at home and hating it, VR still has not taken off. The reason is the sort of impact that always means that the future will not look like the past or even a linear extrapolation. It’s easy to think of remote working and see that it requires good bandwidth, that people with good written skills and ability to manage their own time might thrive, and so on. Not many futurists had considered the impact on a family with both parents trying to work from home while juggling child care and home schooling, for instance.

This is one reason why even in lockdown VR hasn’t taken off (that and it’s still too expensive, but that’s a chicken & egg problem). I’ve taken tons of conference calls — yes, even on video — with a baby in my arms2, or keeping one eye on the maths homework going on next to me, or simply with one ear cocked for mischief being perpetrated somewhere else. VR, if it works properly, excludes all of that.

Some of the reluctance to embrace new tech is also the fear of obsolescence. If we can all go back to the office as soon as possible, the old habits and rules that enabled people to be successful in the past can be reimposed and those people can go on being successful without having to learn something new or change their behaviour in any way.

This reluctance also applies to tech platforms themselves. Remote events — and all events are of course remote for the rest of 2020 at least — default to the tried and true format of fast-scrolling comments beside live streamed events. This format was already tired ten years ago, but nobody has come up with anything much better. Partly there wasn’t a need, because it was easier just to rent out space in Vegas or Orlando and run the conference there, and partly there wasn’t a platform to build on. That last issue is of course another iteration of the chicken-and-egg problem: nobody has been able to build a platform because the users weren’t there, because nobody had built it, and repeat.

That consideration leads us back to Apple potentially jump-starting the whole VR-AR market by pulling their usual trick of holding back, looking carefully at what’s out there, thinking really hard about the use case, and then bringing out something that defines the market such that soon afterwards it is seen as inevitable and everybody else simply has variations on Apple’s theme.

Until that happens, though, the Zoom+Slack combo is the best we have, and we had better get used to it.

We discussed the topic of remote working on Episode Two of Roll For Enterprise, a new podcast I co-host. Listen to the episode, and subscribe if you like what you hear!