It’s been ten years since the launch of the iPad, so it seems appropriate to reflect back on what effect it has had. The two best retrospectives that I’ve read are by Federico Viticci and Steven Sinofsky. 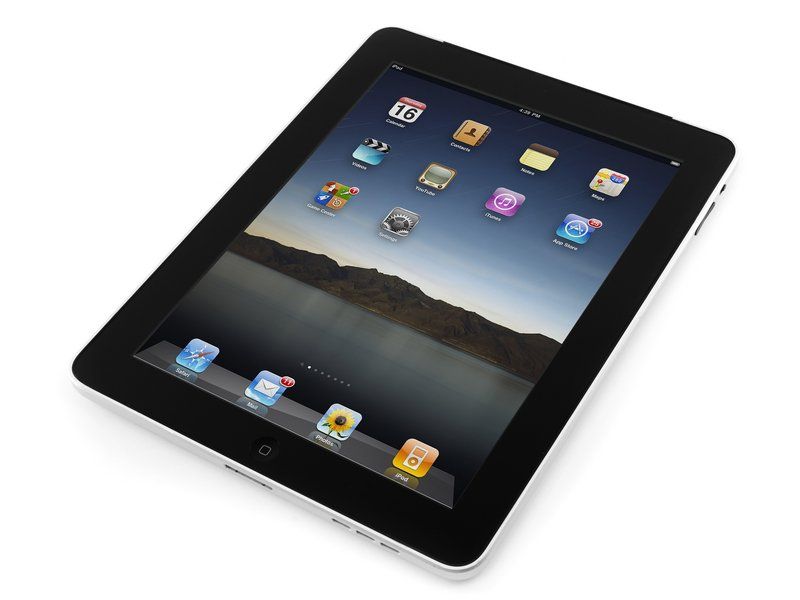 Personally, I’ve owned three iPads; the original squared-off one was more a proof-of-concept than a fully-fledged device, but I loved it to bits, and hung onto it until the first Retina iPad came out. Again, that was perhaps an early release and was quickly superseded, but I hung onto it until the Pro 10,5 tempted me with its keyboard cover and Pencil. Now I’m just waiting for the current Pro to be refreshed, especially as my keyboard cover appears to have died.

The input devices, whether keyboard or stylus, are what I really wanted to talk about in this post. My work involves a fair amount of note-taking, whether in a meeting, during a presentation, or while brainstorming, on my own or in a group. I find the iPad to be the ideal device in all these situations, but before explaining why, I need to take a step back.

Many people will tell you that there are all sorts of cognitive benefits to taking notes using pen and paper as opposed to an electronic device. Most articles you will find online link back to this study published with the Association for Psychological Science. I don’t have access to the actual paper, but here’s the abstract:

Taking notes on laptops rather than in longhand is increasingly common. Many researchers have suggested that laptop note taking is less effective than longhand note taking for learning. Prior studies have primarily focused on students’ capacity for multitasking and distraction when using laptops. The present research suggests that even when laptops are used solely to take notes, they may still be impairing learning because their use results in shallower processing. In three studies, we found that students who took notes on laptops performed worse on conceptual questions than students who took notes longhand. We show that whereas taking more notes can be beneficial, laptop note takers’ tendency to transcribe lectures verbatim rather than processing information and reframing it in their own words is detrimental to learning.

I should admit up front that I fully agree with this study’s conclusions, based on my own empirical experience. 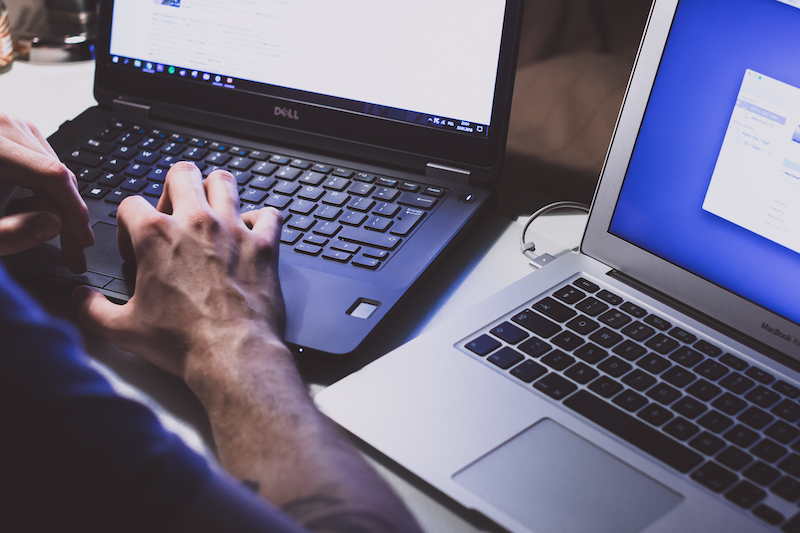 Laptops Are Not Good For Notes

The study examined students who took notes on laptops and compared them to students who took notes longhand. These two tools represent fundamentally different modes of thinking, and so it’s not surprising that the results are different. Laptops are linear, constraining users to interfaces that assume sequential text entry. They are great for editing, and for composition of certain types of content, but not great at enabling non-linear jumps and exceptions to structures. More complex options like mind-mapping software add cognitive load without guaranteed benefits. I certainly find I spend more time futzing with the map, especially when trying to follow someone else’s train of thought, than actually taking notes!

The study I mentioned above dismissed distraction as a concern, and certainly if you’re motivated, you’ll find ways to avoid distractions. I will note in passing that iPads are better than any laptop for avoiding distraction, simply because they default to showing a single app taking up the whole screen. Sure, you still get notifications, but those can be filtered out more easily than on a laptop. Almost equally important, though, is the perception of distraction on the part of onlookers. The open laptop screen creates a barrier between speaker and note-taker, where it’s usually not possible for the speaker to know whether their counterpart is distracted by something else.

I actually ran into this back in the day. In the early years of the century I was the only person I knew using a stylus-equipped smartphone, a Sony-Ericsson P800 (and later a P990), and I would sometimes also use them to take notes in meetings. 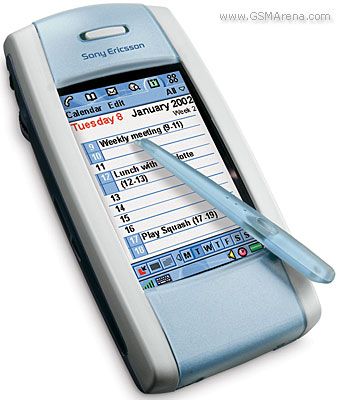 The handwriting recognition was actually pretty decent (although I’ve never used an Apple Newton to compare the two), so this system worked pretty well. The one drawback was that I would get funny looks from other people in the meeting, and in fact once a more senior colleague told me to "stop playing with the phone" and demanded to see the screen before he would believe I wasn’t playing a game or something! 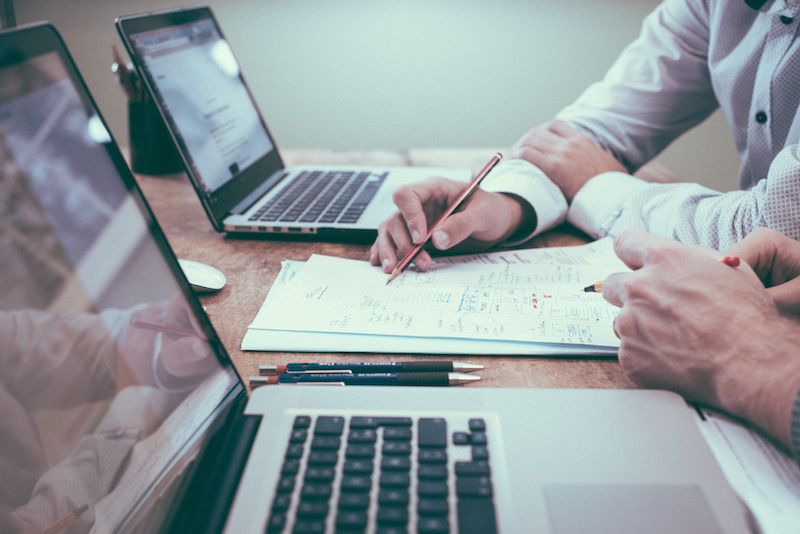 The reason I was going to the effort of taking notes using a fairly rigid handwriting recognition system on a small screen is that, while it required a bit of effort in the moment, it made my life easier after the meeting, when I could quickly send notes via email, copy them into a CRM (Siebel or Salesforce), and search them and collate them with other interactions in the past.

Doing that with notes on paper is kind of hard. Notes that start life in electronic form make it trivial. 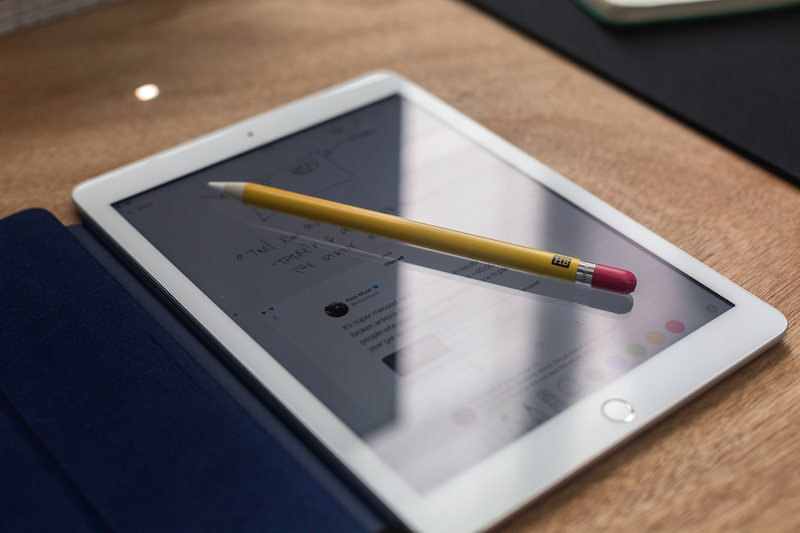 Back to the iPad

The iPad is the perfect device for all of these reasons and more. Using the Pencil, I can take notes freeform, without worrying too much about context. I can circle things, draw arrows, insert diagrams, and even drop in a photograph I took of a speaker’s slide – and then write and draw on that.

By taking notes like this, I keep all the cognitive benefits of taking notes on paper, but all the notes I take can also be tagged and searched, so that I can easily refer back to them and link them together. An additional benefit is that it’s trivial to share those notes with others after the fact.

Finally, I can do all of this with the iPad flat on the table, without creating a barrier between me and someone I’m speaking to. If we’re face to face, we can even start sketching together, as we might have done in another age with the proverbial cocktail napkin.

The one thing that’s missing, in fact, is a collaborative version of this way of working. I’ve been in group meetings where we use a Google Doc as a combination of note taking and back-channel communications. This approach works best when there is one dedicated note-taker, who is advertised as such, so the speaker is comfortable with their constant typing. Other participants can then dip in and out as needed. It is possible to join in from an iPad, but it’s not ideal, and I would love something like a flexible shared canvas with textual notes pinned to it. Send me a beta code if you decided to build this, won’t you?