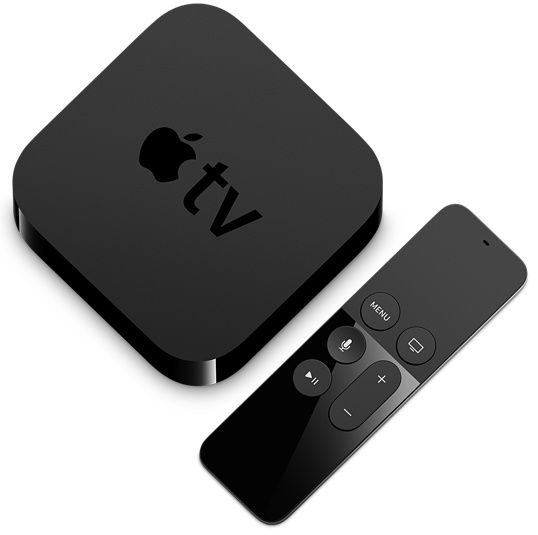 So what’s it like to live with the AppleTV? Have any of my complaints been addressed?

I still don’t have access to Siri, for no good reason that I can determine. A couple of attempts to get a response from @AppleSupport over Twitter did not go anywhere.

Still no #Siri in the new tvOS update, regardless of language settings, unless you're in a blessed region. Still bullshit, @AppleSupport.

In fact, things got even worse, as a software update added "hold to dictate" prompts everywhere, which of course do nothing for me.

Dear @AppleSupport, if you won't give me Siri on my AppleTV, at least don't insult me with "hold to dictate" prompts everywhere. Thanks. 😡

. @AppleSupport Can you tell me when Siri will come to AppleTV set to to English language but in non English-speaking geo? VERY annoying!

@AppleSupport Done - but this is a bug IMO: tvOS prompts "hold to search", but Siri pref is disabled. Really limits value of AppleTV.

Subtle hint for Apple: if the system language is English, and Siri supports English, Siri should be enabled.

Apart from that, the thing has been - fine. It’s a substantial update from the Apple TV 2 which I had before. Even the new remote (despite having one button - the voice prompt - that is completely useless to me) is better than the previous one. People complain that it’s too easy to end up holding it upside down, because it’s symmetrical, but in my experience the combination of the rougher surface of the touch pad and the double-height volume control is enough to keep me oriented.

Text input is terrible, but that’s pretty much inevitable without a keyboard - and that’s when I turn to the Remote app on iOS. I think it’s a safe enough bet that Apple TV owners will also have at least one iOS device lying around.

I can’t really comment on the games; I tried out a few, but the sad fact of the matter is that I’m just not that much of a gamer any more. Sure, Alto’s Adventure is fun, but if I hadn’t already owned it for iOS, I doubt I’d have bothered. I tried out a few racing sims, and didn’t even finish the free levels.

This probably says more about me than about the Apple TV’s capabilities as a gaming console. I’ve never been a console gamer in the first place; I was always a PC guy, preferring big sprawling RTS and sim games. The problem I have is not that those don’t translate to iOS (or tvOS), it’s that they require hours-long play sessions, and I just don’t have plural hours to spend gaming any more.

For my purposes - streaming from my local iTunes library, from the iTunes Store, and from YouTube - the Apple TV is fine. Most of the exciting cord-cuttery stuff isn’t available in my geo, and there just aren’t that many other categories of apps that make sense on a TV as opposed to on a phone or a tablet.

So what are you saying?

It’s not a flop, it’s a very capable fourth-generation device. It’s not transformative, but not every device has to be.

I am also coming in with low expectations, because even if Apple had somehow negotiated deals with content owners, I am certain that I would not have access to them in Italy. Seriously - we don’t even have visual voicemail over here. Forget about HBO or any of that stuff. Even what we do have, like Netflix, is crippled.

Much like iTunes and Apple Music, it’s perfectly fine for what it does. Could it be better? Sure. Should we demand more from Apple? Absolutely. But calling it a flop, a failure, a mess, an embarrassment? That’s going too far.

Now if you’ll excuse me, I have some YouTube to watch on my Apple TV.