The iPad continues to (slowly, slowly) evolve into a Real Computer. My iPad Pro is my only personal computer — I don't have a Mac of my own, except for an ancient Mac Mini that is plugged into a TV and isn't really practical to use interactively. It's there to host various network services or display to that TV.

For reasons I don't feel like going into right now, I don't currently have a work Mac to plug into my desk setup, so I thought I'd try out the new Stage Manager feature in iPadOS 16.

So, the bottom line is that it does work, and it makes the iPad feel suddenly like a rather different machine. 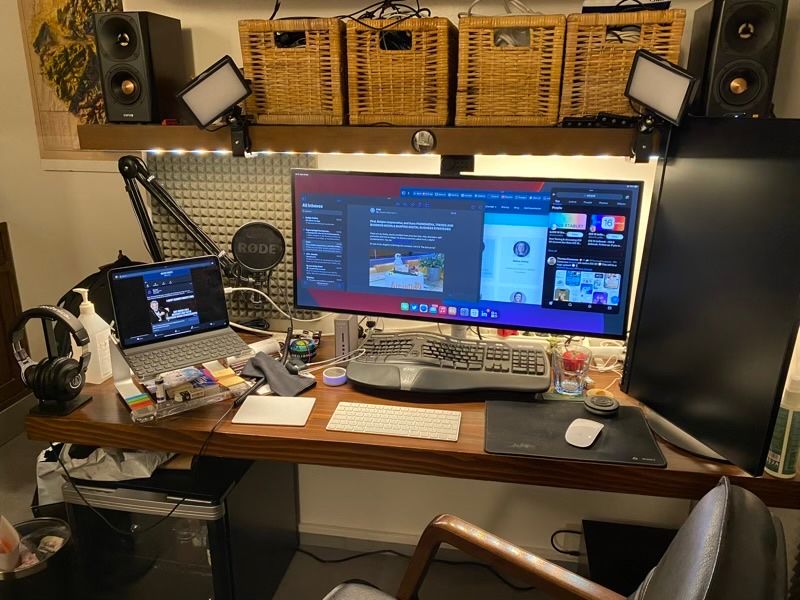 Some setup is required. Of course Stage Manager needs iPadOS 16; I've been running the beta on my iPad all summer, and it seems pretty stable. The second display needs to connect via USB-C; I already have my CalDigit dock set up that way, so that part was no problem. Using Stage Manager with an external display also requires an external keyboard and mouse, and these have to be connected by Bluetooth; the USB keyboard connected to my dock was not recognised. Without those peripherals, the external display only works for screen mirroring, which is a bit pointless in my opinion. Mirroring the iPad's display to another screen makes sense if you are showing something to someone, but then, why would you need Stage Manager?

Anyway, once I had everything connected, the external display started working as a second display. I was able to arrange the two displays correctly from Settings; some new controls appeared under Display & Brightness to enable management of the second display. 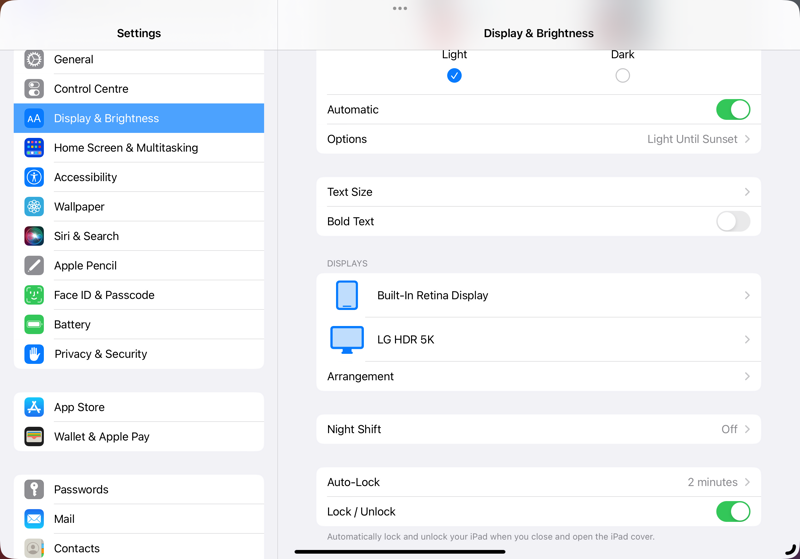 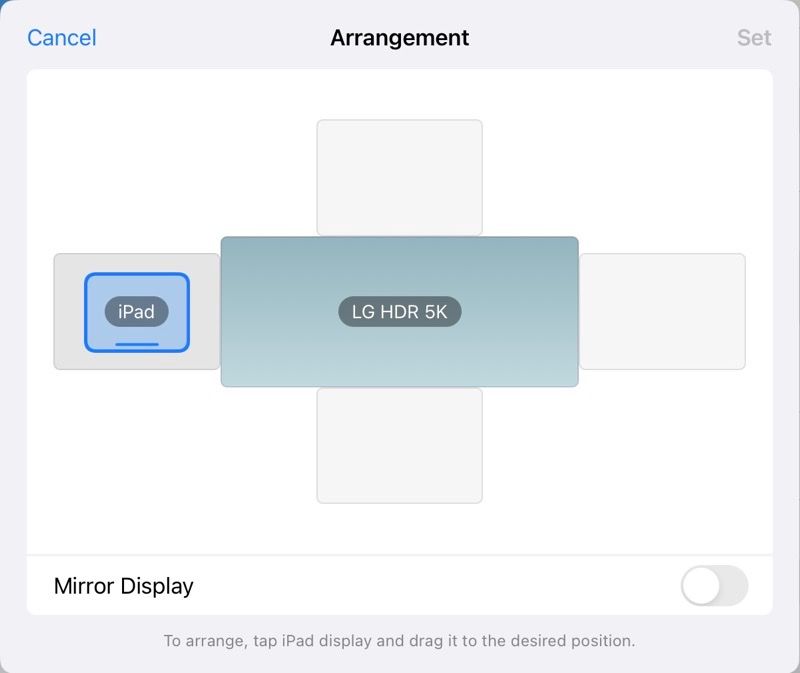 It's interesting to see what does and does not work. The USB microphone plugged into the dock — and the analogue headphones daisy-chained from that — worked without any additional configuration, but the speakers connected to the dock's SPDIF port were not visible to iPadOS. Luckily these speakers also support Bluetooth, so I'm still able to use them; it’s just a bit of a faff to have to connect three Bluetooth devices (keyboard, mouse, and speakers) every time I want to sit at my desk. The Mac is way easier: one USB-C cable, and you’re done. The second desktop display does not show up at all, but that's fair enough; even the first generation of M1 Macs didn't support two external displays. External cameras also do not show up, and there's not even any control, so it's the iPad's built-in camera or nothing.

There's some other weird stuff that I assume and hope is due to the still-beta status of iPadOS 16.

What does work is that apps can be resized and rearranged, giving a lot more flexibility than the previous single-screen hover or side-by-side multitasking options. App windows can also be grouped to keep apps together in logical groups, such as the editor I'm typing this into and a Safari window to look up references. Again, this is something that I already did quite a lot with the pre-existing multi-tasking support in iPadOS, but it only really worked for two apps, plus one in a slide-over if you're really pushing it. Now, you can do a whole lot more. 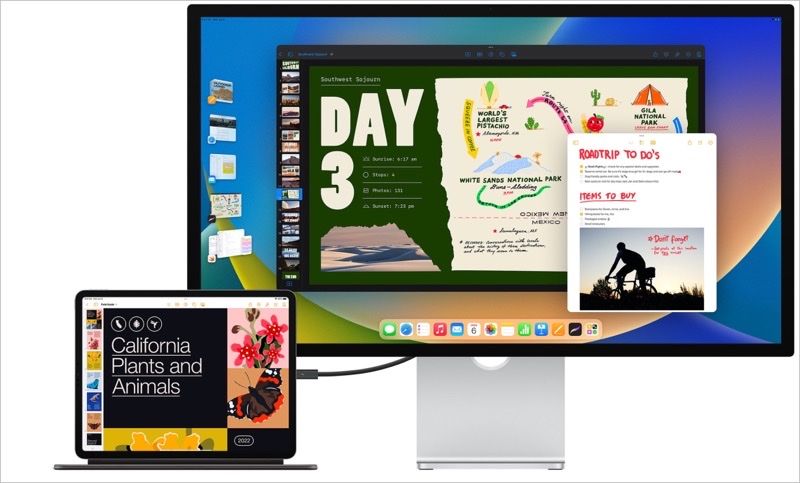 I am glad that I came back to give Stage Manager another chance. I had played with the feature on my iPad without connecting it to anything, and found it unnecessarily complex. I do wonder how much of that is because I'm rocking an 11" rather than a 13"? Certainly, I can see this feature being much more useful on a Mac, even standalone. However, Stage Manager on iPadOS truly comes into its own with an external display. This is a big step on way to the iPad becoming a real computer rather than merely a side device for a Mac or a bigger iPhone.

It's worth noting that Stage Manager only works with the very latest iPads that use Apple silicon: iPad Air (5th generation), 11-inch iPad Pro (2021), and 12.9-inch iPad Pro (2021). It's probably not the time to be buying a new iPad Pro, with rumours that it's due for a refresh soon, maybe to an M2, unless you really really want to try Stage Manager right now. However, if you have an iPad that can support it, and an external display, keyboard, and mouse, it's worth trying it out to get a better idea of the state of the iPadOS art.

🖼️ Photos by author, except Stage Manager screenshot from Apple