What Rome is mainly built on is Rome.1 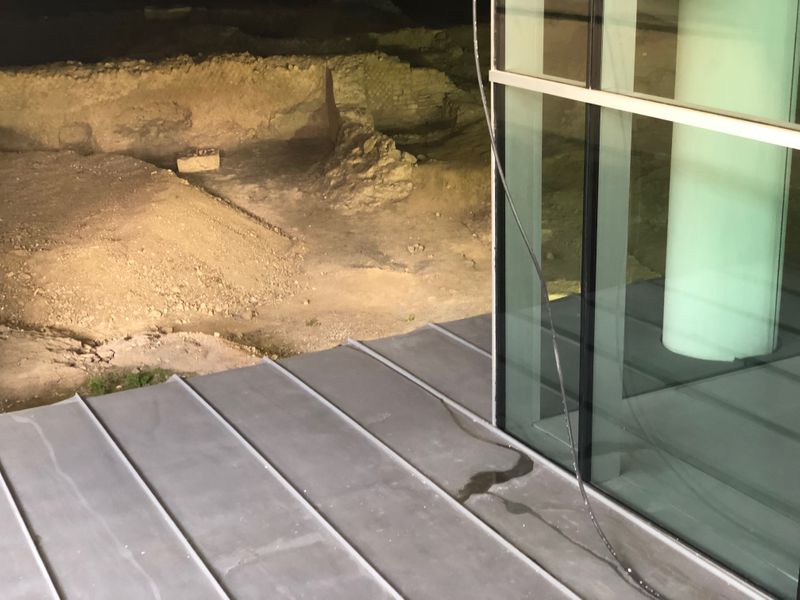 This is a view of the foundations of the Roman hotel I stayed in last night. Luckily, being a fairly modern structure, they built it in a way that exposes what lies underneath.

There’s an enterprise software architecture metaphor in there, and in fact I already wrote about it:

People, including many Italians, bemoan the lack of infrastructure around here. The problem is that as soon as you sink a shovel in the ground, you hit a priceless historical artefact. Then you have to spend months digging it out with toothbrushes and tweezers, and then you get to shovel a few more loads before there is another clunk and everything has to stop again. I shudder to think of how many times things have just been quickly reburied so as not to delay work... Here's an example from my home town: this monstrosity was built over the city amphitheatre, and it looks like the replacement will still not allow the ruins to be visited.

This is very much like what happens in established corporations. You can't just sink a shaft or dig a trench, because there are very good chances you will interfere with something that's already there. You also wind up with your brand new shiny thing still relying on thousand-year-old culverts for its drainage. You have to allow for all of these things when you plan what you want to build next.

Remember this when you bemoan how change-averse large companies are: if you don’t plan changes carefully, you risk breaking something critical somewhere else. This doesn’t mean you can’t change things, just that you have to go about it carefully.

Here is an example from London of major change, carefully planned, and done right.