This Sunday morning was not a time for epic rides, not least because it's the day after a good friend's wedding… I took a 90-minute loop from my front door, up into the foothills and back down. This landscape has not changed much since Roman times, and probably before; people were tilling the land and making wine around here before the Romans showed up, at least back into the Bronze Age. 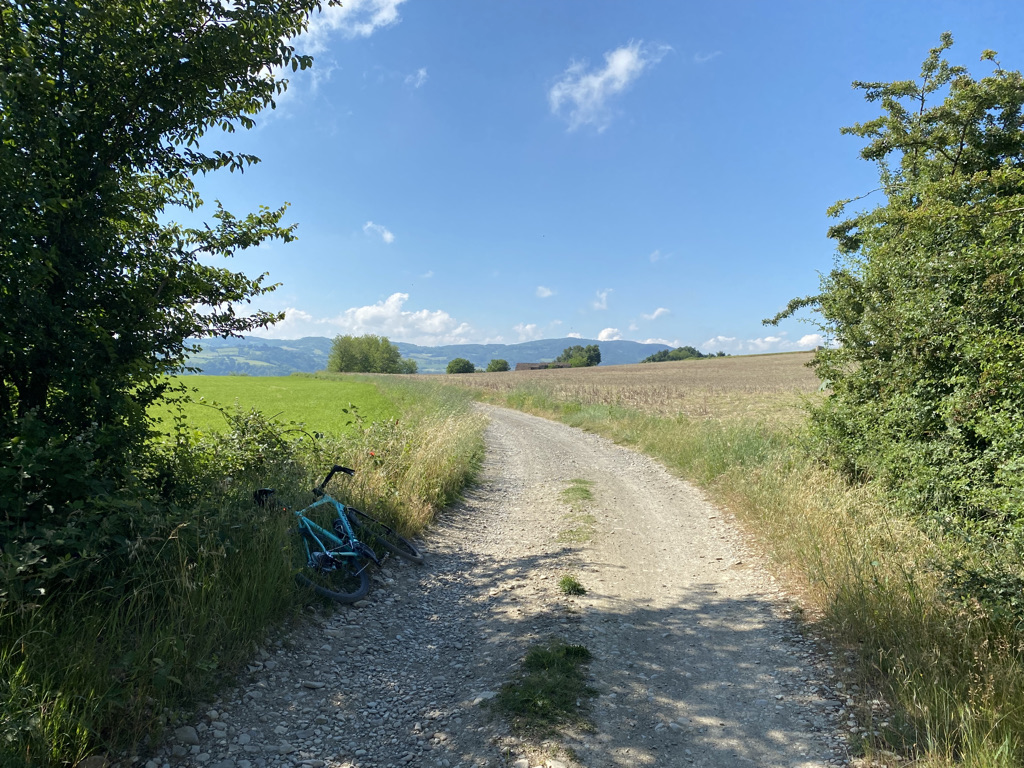 This is the gate of Rivalta, on the bank of the river Trebbia. 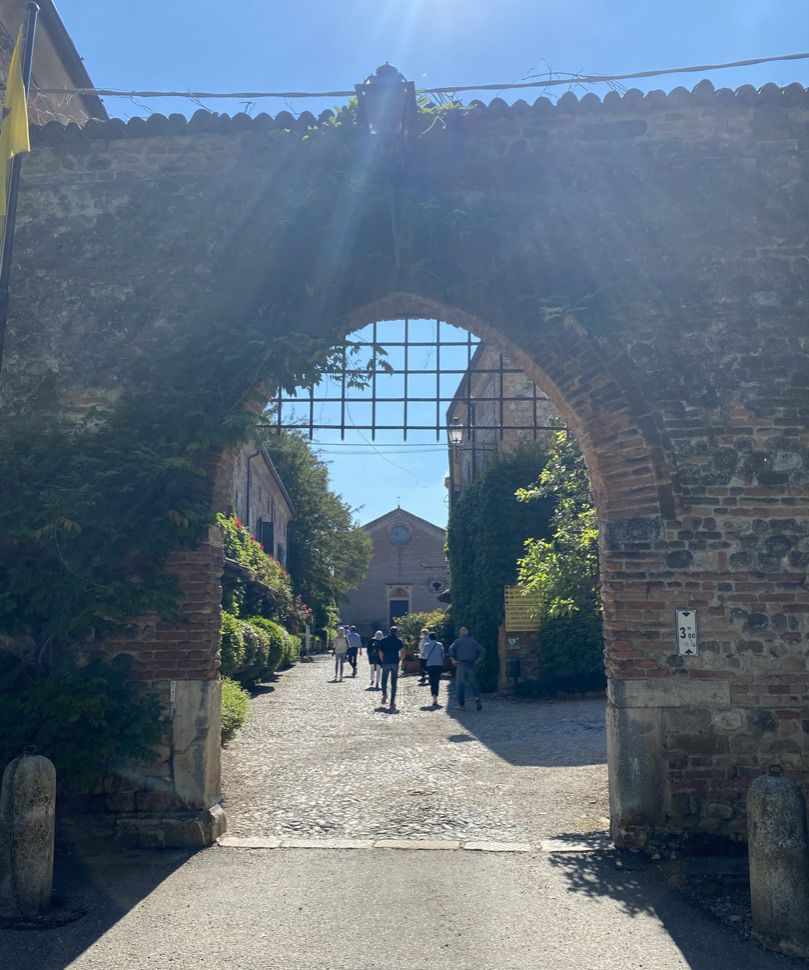 If the name of the river Trebbia is ringing a bell, you may be thinking of your classical history. This was the site of a major battle of the Second Punic War, in which Hannibal defeated the Romans. The battle is commemorated today by a statue of one of Hannibal's war elephants. 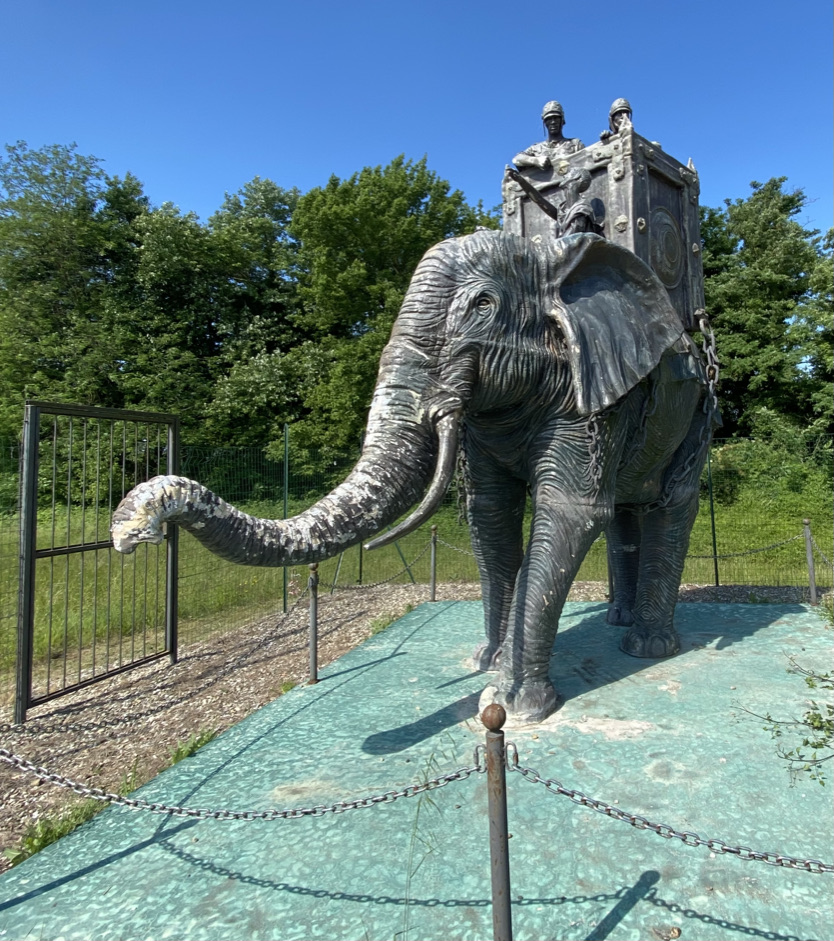 People never believe me when I tell them of the wildlife I encounter on my rides: rabbits, deer… elephants?