I have a bunch of stuff I need to talk to people in the US about, but I had forgotten that today was MLK Day, so everything will have to wait one more day. I had an early call with a startup in the Middle East I am consulting with, but then found myself at 10am with an empty schedule for the day — so why not hop on the bike and disappear up into the hills until lunch time?

I had been hoping to climb out of the fog, but it was persistent until I got quite high up — and then I found that it was grey and overcast above the fog anyway. The views were very atmospheric, though, including this Brigadoon-like situation with a village appearing and disappearing amid the shifting billows. 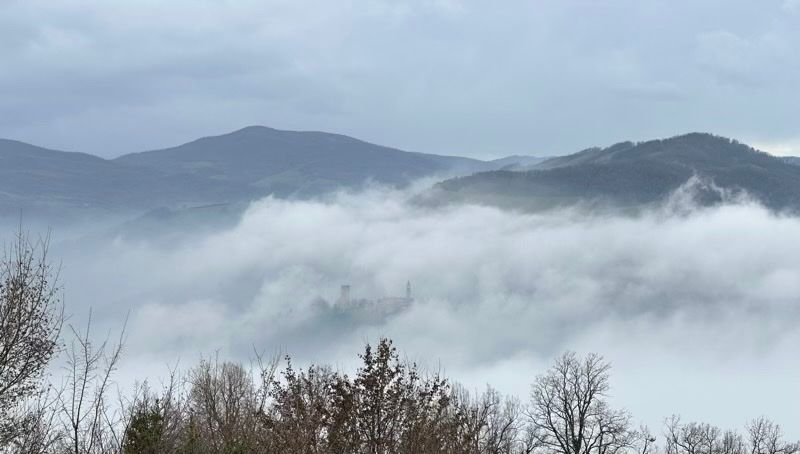 Any day on the bike is a good day, though. I am in a bit of a holding pattern, waiting to get started on a number of projects, so a long(ish — 60km) ride is great for keeping myself from fretting.

I was happy that my legs were cooperating, too, since I was also out on the bike on Sunday, for a group ride on the other side of the Po. This is a part of the world I have never visited, even though it’s only a half-hour drive from me; I just pass through on the train or motorway en route to Milan. It’s a different vibe over there, but they have some fun trails, and it was a good day out — chilly, overcast, and muddy in spots, but at least the forecast rain stayed off.

I especially liked the souvenir for the day — way better than yet another T-shirt! 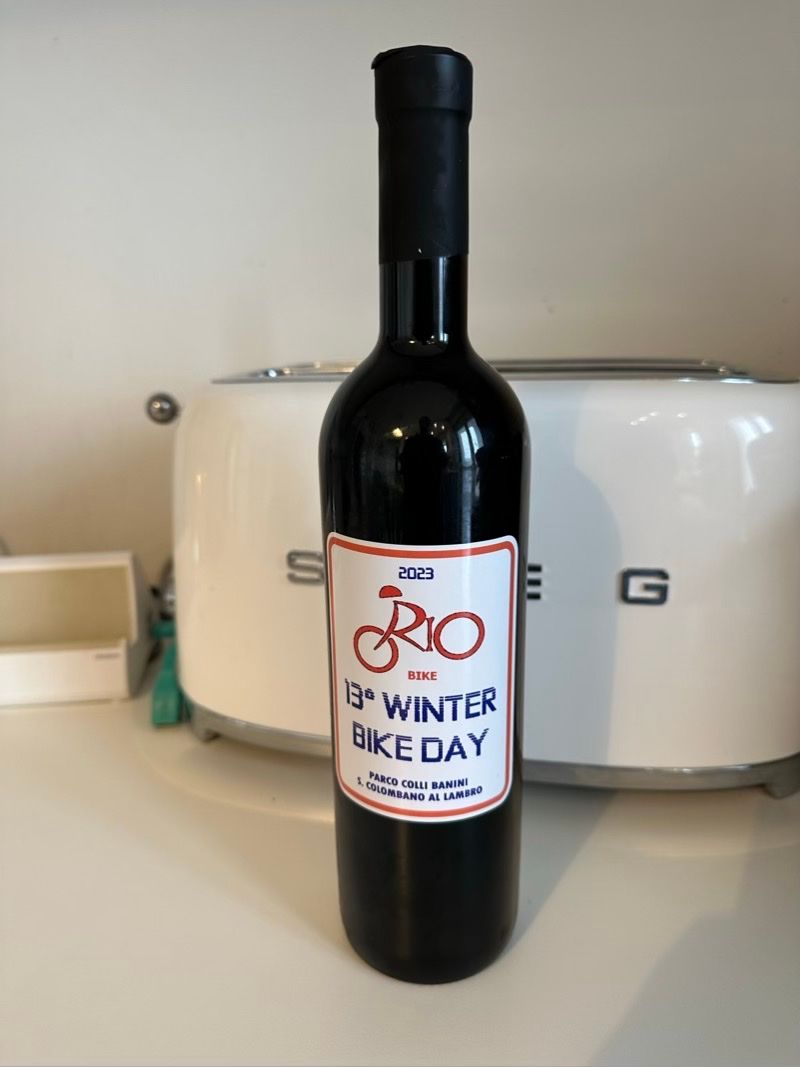 There are no photos up on the event page yet, and being in a group, I didn’t want to stop to take pictures — but at least I have this wine bottle to remind me…