Some days it's tough to take the tech industry seriously. Other days it's really tough.

The latest thing is that we are apparently back to judging people by how they dress. First Peter Thiel was quoted in The Economist advising startup founders and VCs:

don’t do business with anyone who dresses in a suit

This would be of course the same Peter Thiel whose Twitter avatar shows him wearing not only a suit, but a tie as well: 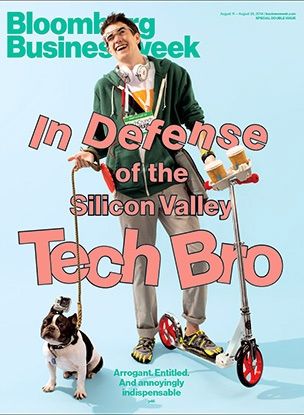 Then the US White House was forced to relax its dress code to attract coders, which Wired reported with the excellent title "The White House Gives Up on Making Coders Dress Like Adults".

In a White House video, Dickerson says he is asked one question again and again by people curious about his new job. They "want to know if I’m wearing a suit to work every day," Dickerson explains in the video. "Because that’s just the quickest shorthand way of asking: 'Is this just the same old business as usual or are they actually going to listen?'"

I'm not advocating for a 1950s IBM approach of everyone wearing suits all the time - but what sort of entitled, coddled man-child do you have to be to complain about being made to wear a suit in the White House?

I don't wear a suit to work every day, although I don't wear a T-shirt either. However if I'm in a customer-facing situation, you'll find me suited and booted. Since I'm on the vendor side, it shows due respect for current or prospective customers' time. I also wear a suit to meet analysts, though, despite the fact that in that situation I am on the customer's side of the table. Again, it's about respect and being a grown-up professional.

What is noticeable is that it has happened a couple of times that I have got it wrong. One day I was in the office and ended up having to attend a customer meeting at short notice. I had on a shirt and a blazer, but I had no tie and I was wearing jeans and sneakers. I apologised to the customer, and there was no issue.

On the other hand, it happened to me to visit a "cool" cloud company in my normal business warpaint, and was told in the lift to remove my tie as "otherwise they won't listen to you"….

Let's not even get into the high-school sociological aspects of people wearing the wrong shoes… Distinctions between suits are subtle, but it's obvious when someone is wearing cheap sneakers versus branded ones.

I have written about this before:

Some days I think Shanley goes a bit too far in condemning this industry. Then there are the days when I am reminded that she is absolutely correct.