Every year after the end of school we have the habit of travelling to Finale Ligure, where my father-in-law’s family is from, for a couple of weeks. This is a a couple of hours’ drive from home, so not too strenuous. In a normal year, SWMBO and I spend the weekends at the sea, and then drive to offices, airports, or train stations early on Monday morning, leaving the kids with her parents. We would then return to Finale on Friday, or if possible, on Thursday night so we could work from the beach on the Friday.

This year was a bit different. Once the Covid lockdowns hit in earnest, we had assumed we would not be able to travel to Liguria in June; the border with the region where we live had been closed to non-essential travel. However, in early June the restrictions lifted, and so we trekked out here.

This year is the first year I have spent the full fortnight in Finale, instead of disappearing during the working week. It has been somewhat challenging to work from here, but I figured it out, more or less — and one benefit is that I have been able to get up early, sneak in an early-morning bike ride, and be back with warm focaccia straight from the bakery for breakfast, all before 9am.

Finale is one of the top mountain-bike resorts in Europe, and stiff with ancient rusty camper vans from Germany and Scandinavia with bikes strapped to them that are worth several multiples of the van and all its contents. What is also great is the variety: you can be bombing downhill through a forest, then there’s a village that looks like something out of the Lord of the Rings where you can stop for coffee, then there’s a technical rock garden, and then at the end you can cool off in the Med. Pretty good, for an unexpected holiday. 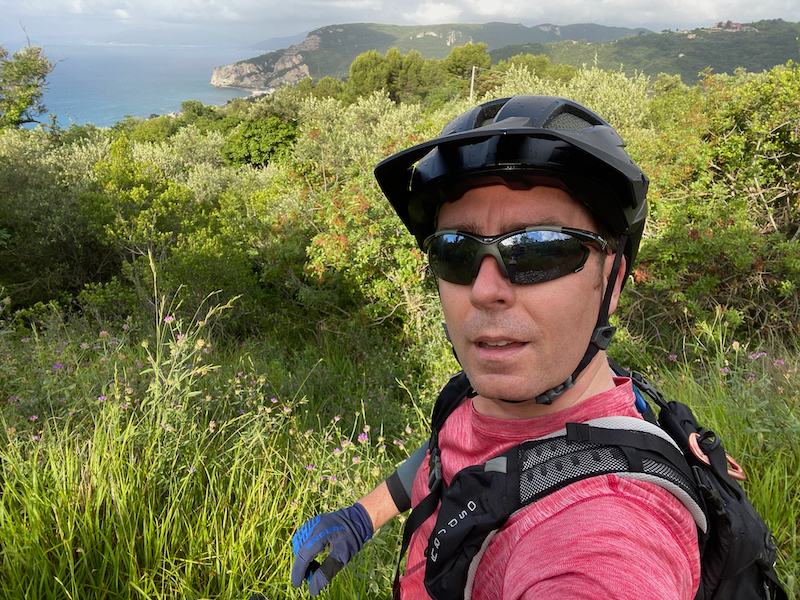 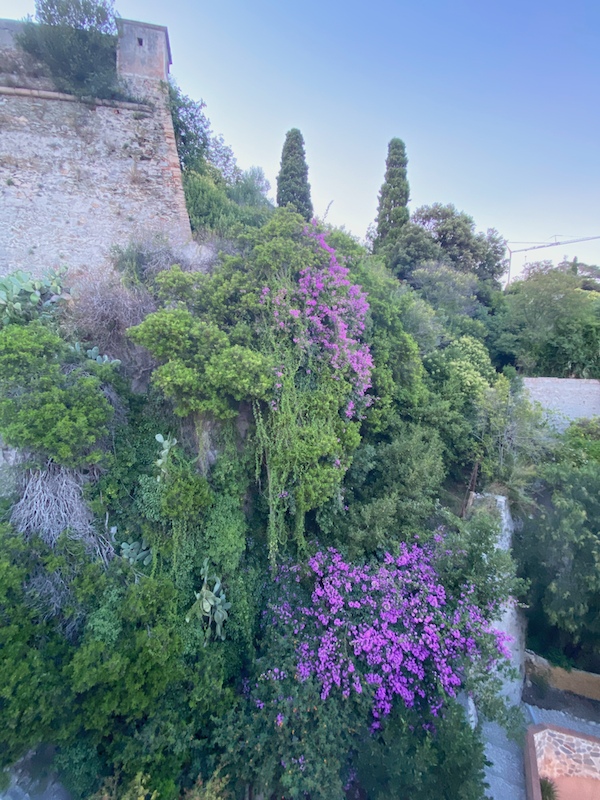 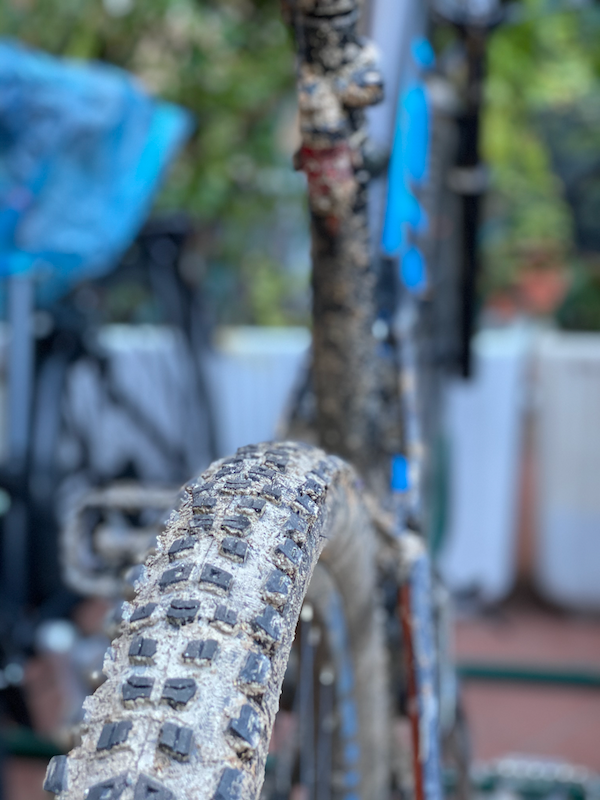 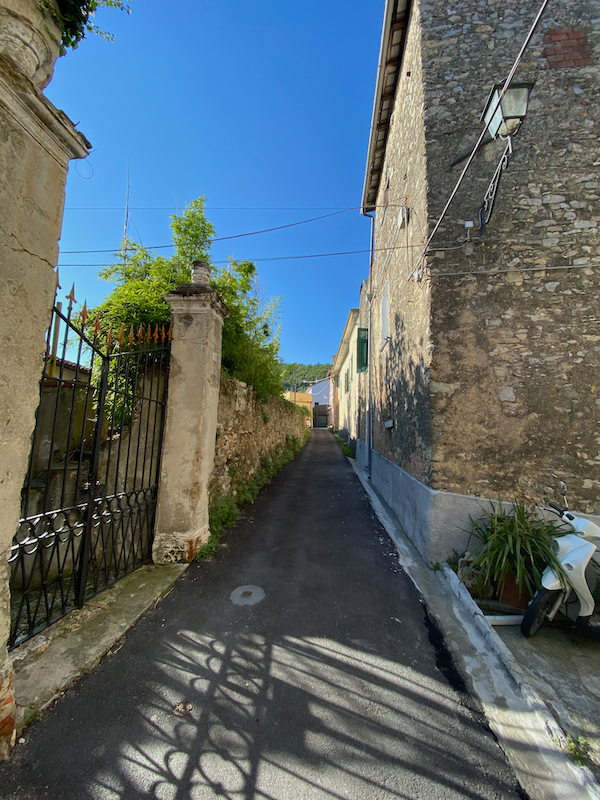 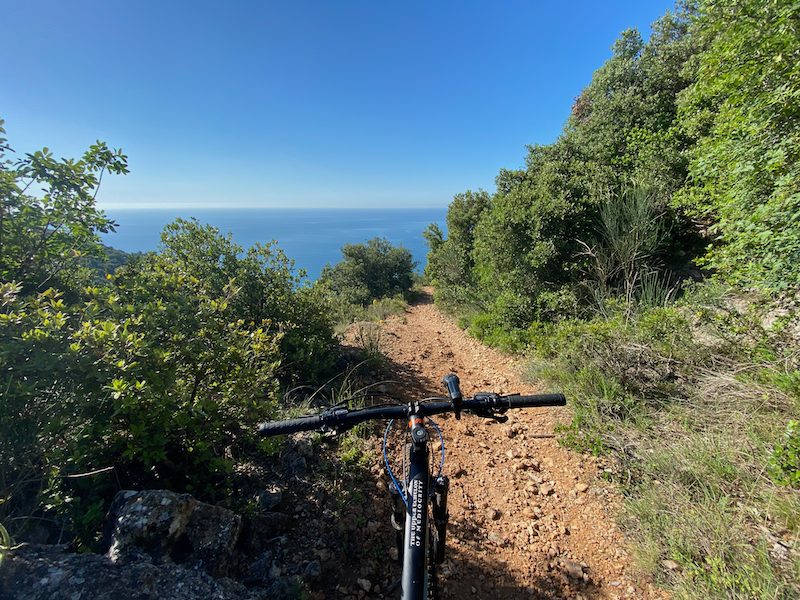 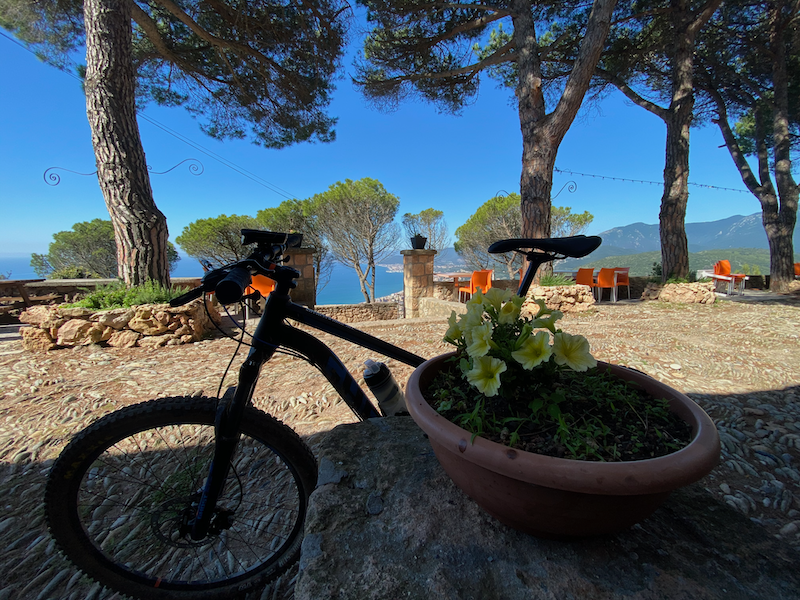 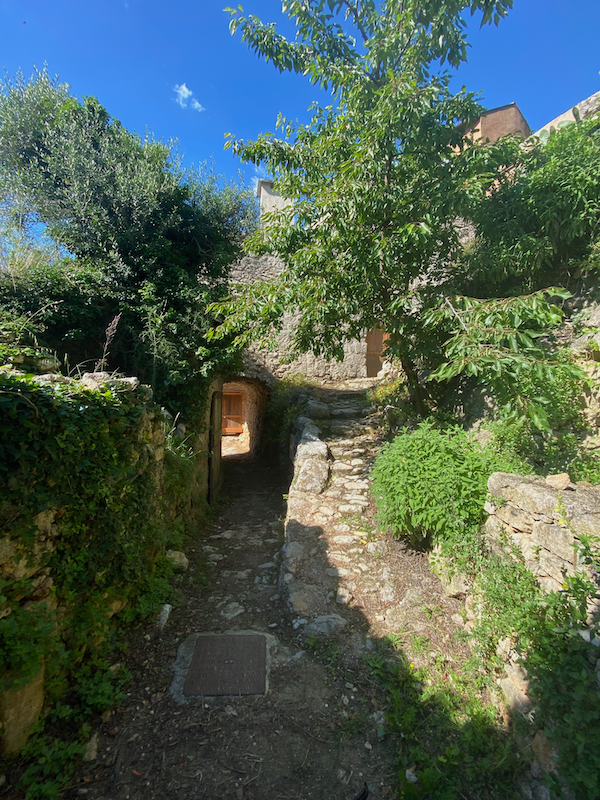 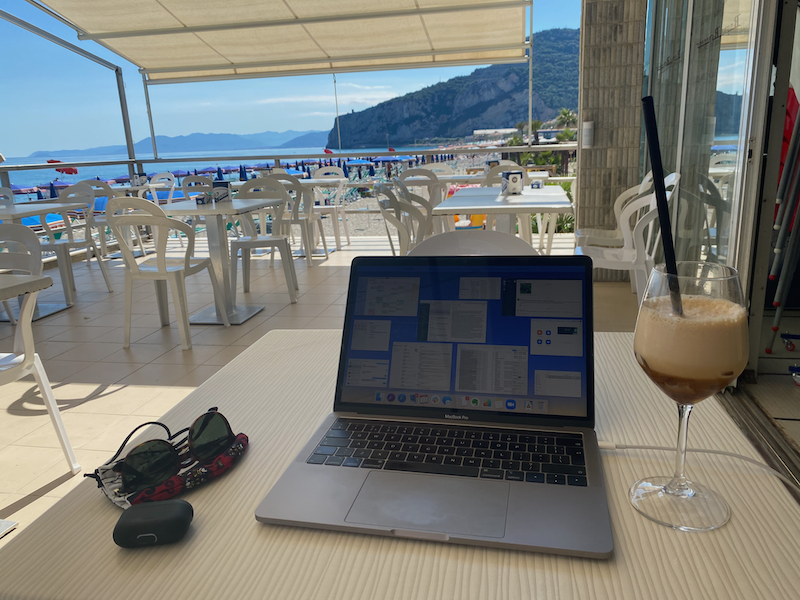 That last picture is my office in Finale, yes. So if you’ve been on calls with me in the last fortnight, now you know why I’ve been using Zoom backgrounds more than normal…

The one downside is that the two episodes of the Roll For Enterprise podcast that I recorded down here have noticeably worse audio for my parts, because I was using AirPods instead of my fancy home studio setup. Something to bear in mind in future years, since we typically record on Friday afternoon at my end, when we would usually aim to be in Finale even if we had not spent the whole week here.