There has been a long battle between advertisers and people who just want to browse the web without ambush videos jumping out at them or overlays taking over their screen. For a while, mobile was spared the worst excesses of badvertising, to the point that people were actually concerned about Facebook’s ability to monetise on mobile1. 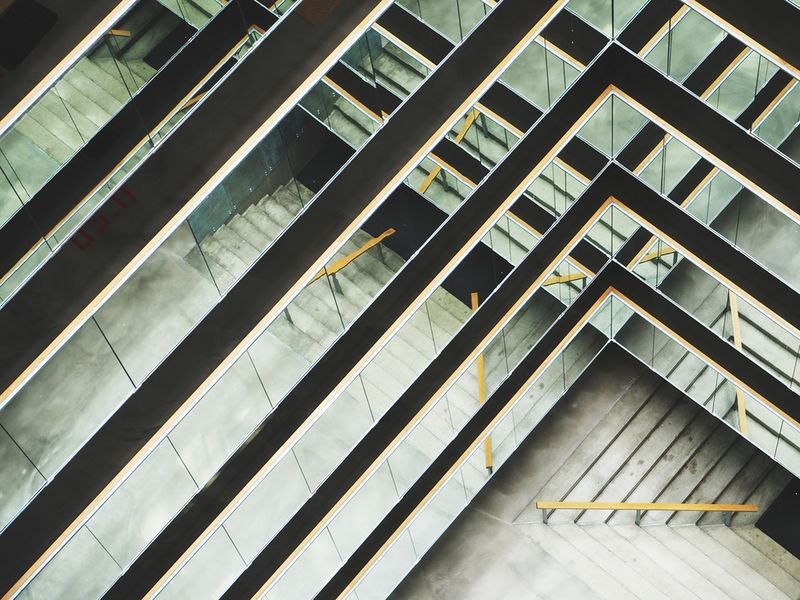 Unfortunately, mobile platforms have now achieved full advertising parity with desktops. Worse, because the screens are smaller, and much of the ad tech still assumes a desktop browser by default, the mobile experience is often worse than the desktop one. For instance, what on the desktop would be a popup or an overlay turns into a complete browser hijack on mobile.

For this reason, and for the performance improvements, I run an ad blocker on my phone. I continue to endure ads on my desktop browsers, because no matter how annoying they are, I realise that it’s currently pretty much the only way journalists on the web get paid.

The problem is that some publishers are pushing back. I followed a link to Forbes on mobile, and got hit with this message, demanding that I whitelist Forbes or else. 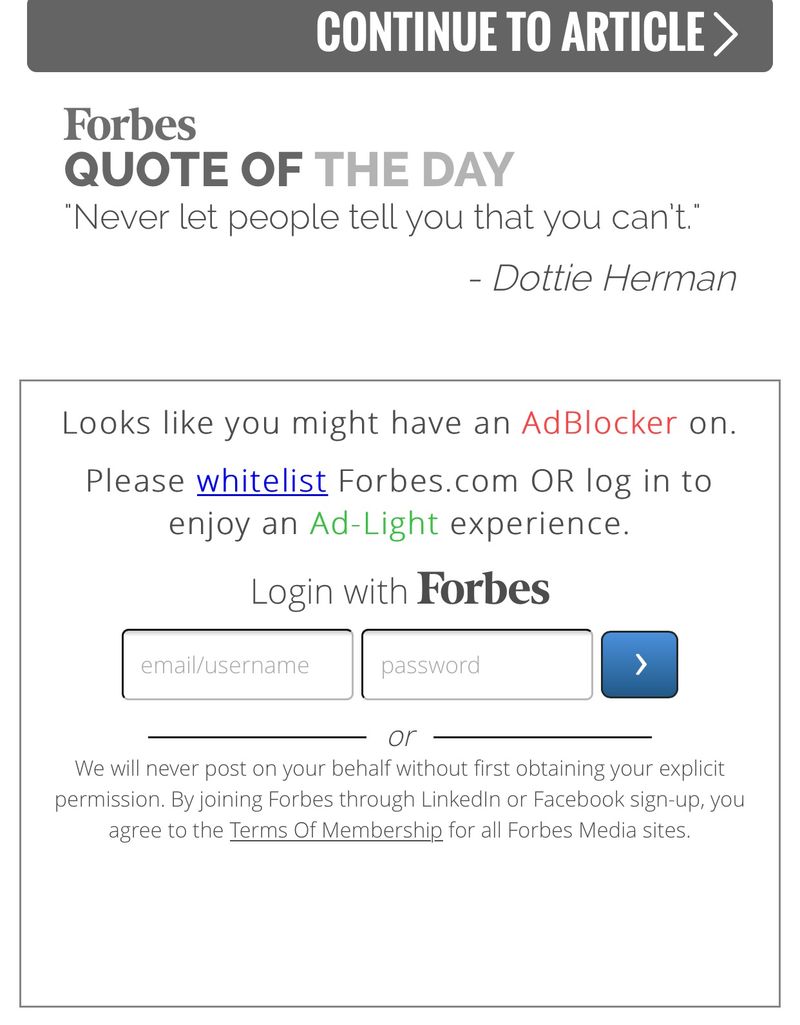 How user-hostile is this? I see no benefit whatsoever in logging into Forbes, and given Forbes’ history of serving malware-laced ads, they are the last outlet I would consider whitelisting.

The reason users are up in arms over advertising on the web is its intrusive nature. We all fully realise that advertising is needed to pay for the content we enjoy. However, that does not constitute unlimited permission to assault our eyeballs (and our ears!) and spy on our behaviour.

Ad blockers by and large operate by blocking the big advertising networks. When a user sends a strong signal that they do not like those networks or their behaviours, the correct approach for a news outlet would be to default to display advertising without tracking. This should be a familiar model; it’s how print advertising works. Put an image in the sidebar, or even in the body of the text; that’s not a problem. Hide a video that pops out and starts playing at full volume? Plant cookies on my system that follow me all around the web, not just on the Forbes site? That’s a problem - that I resolve by blocking the source of the video and the cookie.

Publishers that align themselves too closely with the advertising networks are playing a dangerous game. They are already dangerously dependent on those networks for such profits as they can eke out, but those profits are dependent on their continued ability to attract viewers.

If people see a Forbes link and click past it, because they can’t be bothered with dealing with the mess that is the Forbes site, the money spigot will dry up very quickly.

Image by Dmitri Popov via Unsplash